The Remains of the Cubs 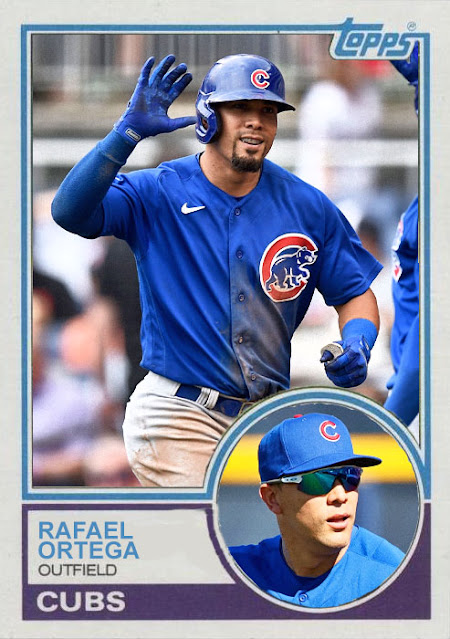 The Cubs hollowed out their core, and now the whole team's populated with replacement players. I hope the Cubs enjoyed Patrick Wisdom in June, cause here's about 20 clones of him.

The Cubs right now are a big game of 'who??' People are doing well for them, but they're almost completely anonymous. Rafael Ortega has become a standout outfield bat, and is hitting .325 right now, but almost nobody knows a thing about him, even his 2018 breakout second half with the Marlins, which this year is kind of a better crack at. Johneshwy Fargas is hitting .269 in an outfield job, and playing the Cameron Maybin part this year, but most Cubs fans don't know that the Mets brought him up earlier this year to replace Brandon Nimmo and was promptly thrown out once Nimmo got back. Hell, if any Cubs fan knows anything about Frank Schwindel, I'll be shocked, but he's suddenly hitting .382 with 4 homers in 16 games at 1st.

You also see both Romine brothers, Andrew and Austin, taking reps, which is kinda cool. Robinson Chirinos has become the starting catcher in Contreras' injury-plagued absence, which is still a good deal as Chirinos is hitting .286. The next option to start is looking like Adrian Sampson, which is odd, as last I heard he was still pitching in Korea. And Adam Morgan, Jake Jewell and Trevor Megill all have roles in this bullpen. It's a skeleton crew of people who'd be struggling to hang onto jobs elsewhere. Sad to think about the fact that THE Cubs were just playing there a month ago.

I imagine this means the Cubs are gonna tank for a bit. They still have Hendricks, Davies and Mills, but they don't have much of a pitching staff. The lineup is also very up in the air, and the sure things are people like Ian Happ and Jason Heyward who can't hold a team together. They're just gonna have to rebuild again, accumulate prospects, and wait around for a while. It's not ideal, but this is baseball right now, and that's how they have to play.

It sucks. I loved how fun these competitive Cubs teams were. And now...we've got nothing.

Coming Tonight: At last, an Angels pitcher that stays healthy and throws strikes.