With this post, and these 9 cards, we knock out another hero card, we enter another batch of 50 cards, and we keep delivering interesting omissions from Topps' 2020 output. I reckon we have a month or so left of these posts, and I'm gonna make each one count. 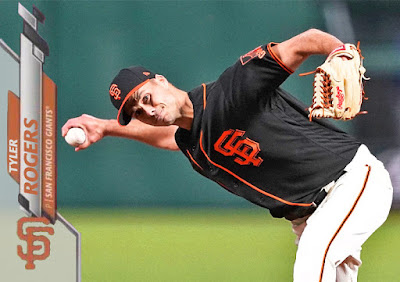 Card #244- Tyler Rogers, San Francisco Giants
SIDEARMER TIME! YAAAAY! Tyler Rogers has been a proficient submariner for the past few years, but the fact that he got nary a card from Topps in 2020 after his impressive finish to the 2019 season saddens me. Tyler Rogers is one of the most consistent and intriguing relievers in baseball right now, regardless of his relation to Taylor Rogers, or his arm motion. He led the league in relief appearances last year, with 29, and despite a 4.50 ERA hit 27 Ks. He's also doing really well so far this season, with 5 saves and a 0.70 ERA. 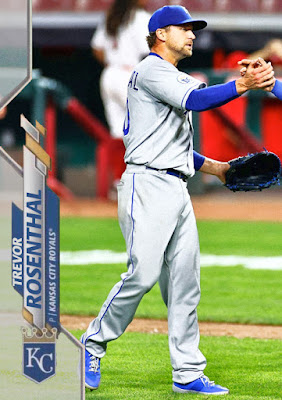 Card #245- Trevor Rosenthal, Kansas City Royals
A few weeks back I presented Trevor Rosenthal as a Padre, finishing his season strong, but that second half never could have happened had Rosenthal not had a strong comeback first half in Kansas City. Platooned with Ian Kennedy and Greg Holland, he managed 7 saves in 14 games, with a 3.29 ERA and 21 Ks, clearly his best numbers since suiting up for the other Missouri team. After a month of Royals play, the Padres bit and he was an elite closer again. Hopefully he'll be back to mowing down batters in Oakland soon enough. 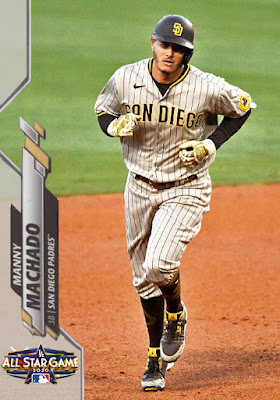 Card #246- Manny Machado ASG, San Diego Padres
It shouldn't be an especially shocking statement that if the 2020 ASG had gone on as scheduled, Manny Machado would have been the starting 3rd baseman for the National League. With his season, his high WAR and contact play, he was definitely among the best in the MLB last season, and fulfilled what the Padres had been looking for when they locked him up in 2019. Hopefully Machado will have another ASG-caliber season soon, but knowing him, he probably will. 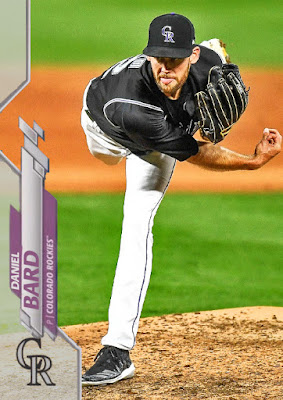 Card #247- Daniel Bard, Colorado Rockies
Ah yes, one of the true feel-good stories of 2020. After 6 seasons of struggling to make Spring Training rosters, former Red Sox reliever Daniel Bard finally made his way back to the majors as a non-roster invite of the Colorado Rockies. Bard made the absolute most of his second chance by quickly nabbing the closing gig for the Rox, and closing 6 games with a 3.23 ERA and 27 Ks. It was a revitalized season that is currently being challenged by a disappointing follow-up, but it still stands as an impressive moment in Bard's career. 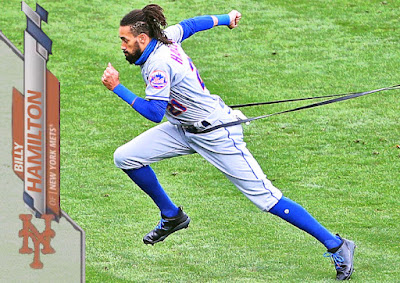 Card #248- Billy Hamilton, New York Mets
Again, I've already spoken about Billy Hamilton's tenure with the Cubs, but before that, he was a spring training pickup for the Mets who squeezed onto the roster in the early stages of the 2020 season. Hamilton only had 17 games to thrill the Queens crowds, and despite 3 stolen bases, he only hit .045 with one hit in that time. The Cubs got a better season out of him, as have the White Sox. 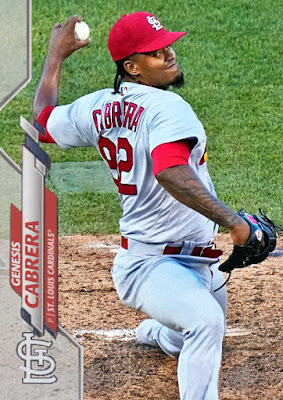 Card #249- Genesis Cabrera, St. Louis Cardinals
Acquired in the Tommy Pham trade [no, not that one, the other one], Genesis Cabrera fit right into the burgeoning youth bullpen movement for the Cardinals alongside Giovanny Gallegos and Jordan Hicks. Cabrera had an especially strong 2020, with a 2.42 ERA and 32 Ks in 19 games. Cabrera has continued his strong middle relief work through this season as well. 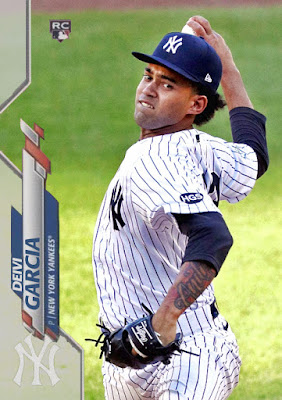 Card #250- Deivi Garcia, New York Yankees
Called up during a dire moment for the Yankee rotation, Deivi Garcia, a highly-touted prospect and supposed heir apparent, made six starts during the regular season, as an audition for 2021, and made the most of them. Garcia had a 3-2 record with 33 Ks in this period, as well as an ill-fated postseason appearance that may have swayed Aaron Boone's hand. Garcia has only pitched 1 game in the majors for NY so far this year, as we have an entirely healthy rotation and neither Jordan Montgomery nor Domingo German have shown signs of needing replacement yet. So, Garcia will have to wait a bit longer, then. 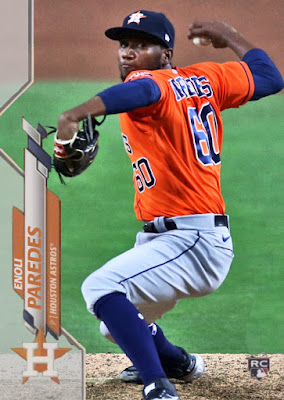 Card #251- Enoli Paredes, Houston Astros
In addition to the three-headed monster of young latino pitchers in Houston, the Astros also have Enoli Paredes in relief. Paredes had a 3.05 ERA in 22 games, and fanned 20 in that time, showing hard-throwing skill and control. Paredes has been similarly nice this season so far. 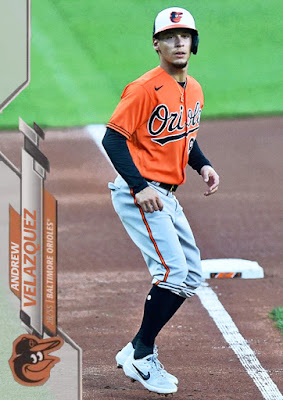 Card #252- Andrew Velazquez, Baltimore Orioles
After bopping around between the farm systems of Tampa and Cleveland, Andrew Velazquez made camp with the Orioles and got the starting shortstop job. Unfortunately, this was a job that Velazquez was unable to keep due to his inability to hit above replacement level. In 40 games, he hit .159 with 10 hits, despite 4 steals. Once the O's called up Ramon Urias and got Freddy Galvis, Velazquez's days in Baltimore were numbered. He is still in the Yankees' minor league system.

On Monday, I post the next 9. A few pitchers having great 2021s are in here, plus an intriguing rookie card.