When The Tigers Broke Fourth 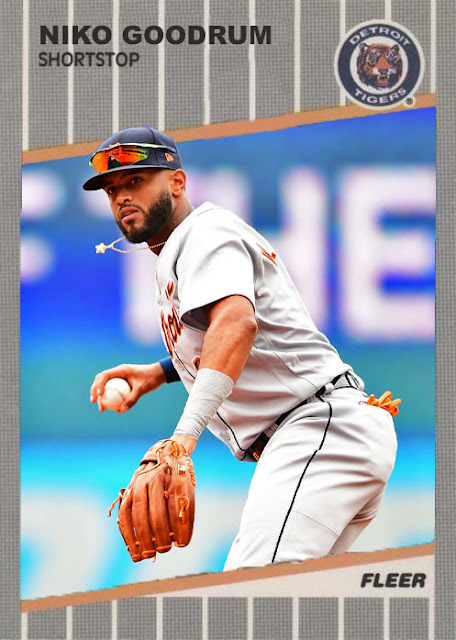 I mean, looking over this team, and statistically, barely anything is going on. Wilson Ramos, hurt until very recently, leads the team in home runs with 6. Robbie Grossman leads the team in RBIs with 18. Matthew Boyd, the staff ace, still has a 2-4 record and only 37 Ks [Tarik Skubal leads the team with 40]. No batter's hitting over .300, no pitcher has more than 3 wins, the closer's only got 4 saves. It's not good at all.

And yet the Twins, a starrier team, is in last because they've had more devastating losses. While a lot of the Tigers is simply okay, the Twins have had dreadful pitching and too many underhitting stars. The Tigers are kind of...performing as expected. There are standouts, like Boyd, Casey Mize, Grossman and recent no-no thrower Spencer Turnbull. But there's also lots of people who just aren't worthy of a roster spot, but have them by default. JaCoby Jones and Willi Castro are simply refusing to hit. Joe Jimenez has lost whatever mojo he had in 2019. Tarik Skubal has nice speed but he's 1-6. It's just not coming together.

And it's also hard to get excited about some performances when they absolutely refuse to not be one-dimensional. Miguel Cabrera had a huge homer the other day, but he's at the period where he's incapable of performing above replacement level, and it's looking like this may be his last season in Detroit. Jonathan Schoop had a big day recently but is still hitting around .200. Jeimer Candelario and Niko Goodrum will have big weeks and then sink back down the charts in an instant.

The Tigers are one of those teams that's very difficult to talk about every few weeks because it's hard to find silver linings. Yes, they're out of last now, but will they be the next time I have a Tigers custom?

Coming Tonight: Speaking of dreary teams to talk about, now the only Frazier left in Pittsburgh.