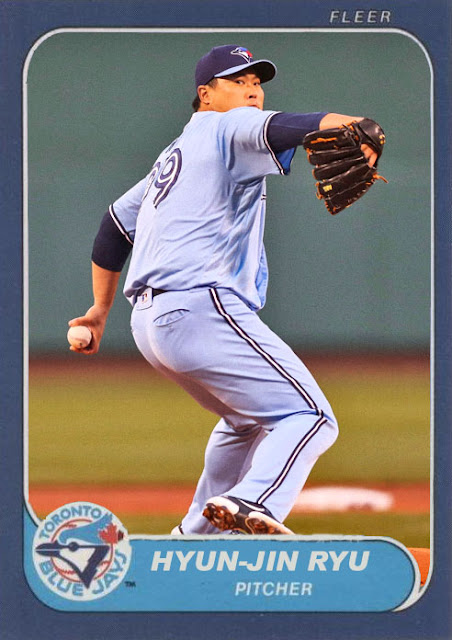 Well, the four-man blockade that is the AL East race has now essentially ruled out a candidate.

After series' with the Red Sox, Rays and Yankees, the three teams now in command of the division, the Blue Jays are now further back from the pack and struggling to stay afloat. Granted, they get to play the still-good-but-human Cleveland Indians right now, which might be slightly more even for them than Boston and Tampa, and they just got done beating the Yankees a few times, but...cracks are beginning to show for the Jays.

First of all, the loss of Julian Merryweather sent the team into a tailspin looking for a new permanent closer. They seem to have settled on Rafael Dolis, but even he's a bit colder than he was last year. Jordan Romano can save, but he's being used more in middle relief right now. You also have some people who had really nice starts beginning to lose footing, like Steven Matz, Randal Grichuk and Teoscar Hernandez. The other night, Robbie Ray got roughed up by the Yankees offense, something that felt more like a thing 2020 Robbie Ray would do.

And yes, the injuries have been very minimal, and easily patched. The open rotation spot was filled by Alek Manoah, who pitched beautifully for his premier start. The opening at third base was filled by Santiago Espinal, who's been decent [though he needs to start hitting for average]. The bullpen injuries are being dealt with accordingly.

But...what the Blue Jays need to realize is aside from huge seasons from Vlad Jr., Bo Bichette, Marcus Semien and Hyun-Jin Ryu, the 2021 Jays are mostly okay. Like, a lot of 'nothing special' seasons around. Steven Matz has a 6-2 record with 60 Ks, but a 4.28 ERA and a 1.317 WHIP. Lourdes Gurriel Jr. is hitting .250 with 14 RBIs. The DH has the least amount of home runs in the lineup. Danny Jansen is once again being outhit by Reese McGuire, and there isn't an abuse allegation to protect him this time. The top 3 teams have less exploitable flaws, and have been tougher to beat, and the Jays, while still good, might need to think about whether or not it's worth it to chase them.

Who knows, they could hit a hot streak and not stop running til October, but they need to figure out where they should go after this losing stretch.

Coming Tonight: His rookie season was decent but one-dimensional, his sophomore season wasn't great. Now he's FINALLY hitting at major league level, of course, the moment where his team exits the conversation.