No Surprises in Pittsburgh 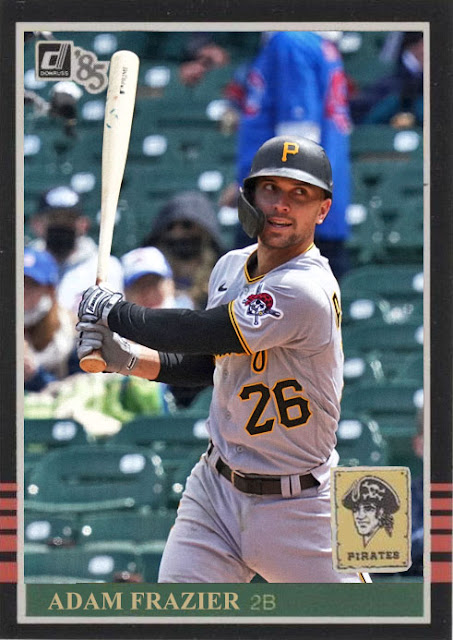 The NL Central has evened out, and the Pirates have taken their rightful place.

The Pirates are one of those last place teams that does have some mighty fine materials but only in a finite amount. Like, they still have one of the best young contact hitters in the game in Bryan Reynolds, one of the most versatile infield pieces in Adam Frazier, one of the best relief assets in Richard Rodriguez, a hard-hitting catcher in Jacob Stallings, and one of the most impressive cheap arms in J.T. Brubaker. Other than that, though? It's not certain.

Like, I'm gonna assume that a few of these pieces leave at the deadline. Rodriguez seems like an easy guess for trade bait, same with Frazier honestly, and one of the other 3 younger pieces could get snatched for all I know [or maybe someone like Tyler Anderson who's only on a one-year deal]. What is this team after that? What identity does this team have then?

Like, let's examine what's been shifting lately. The Pirates just called up Will Craig, their 2016 1st rounder, to play 1st base in Colin Moran's absence, and he's already doing pretty well, with a homer and 2 RBIs in his first 9 games. Earlier this year they had Miguel Yajure start a few games, he did well and has since been called back down. Mitch Keller and Wil Crowe are both up in the rotation and either struggling or doing just okay. The rest of this team is either veterans or contract deals. The experiment of actually having prospects try and move this team ended when Ke'Bryan Hayes got injured.

The plan for the Pirates seems to be to continue to just kinda keep cruising and not really worry about anything this year. But...they've been playing to lose for a few years now, and nothing's really come of it. How much longer are they gonna have to bottom feed in order to actually get something going?

Coming Tomorrow- Sometimes, a true home run hitter has to come from absolutely nowhere in order to be everywhere.