Still Nasty After All These Years 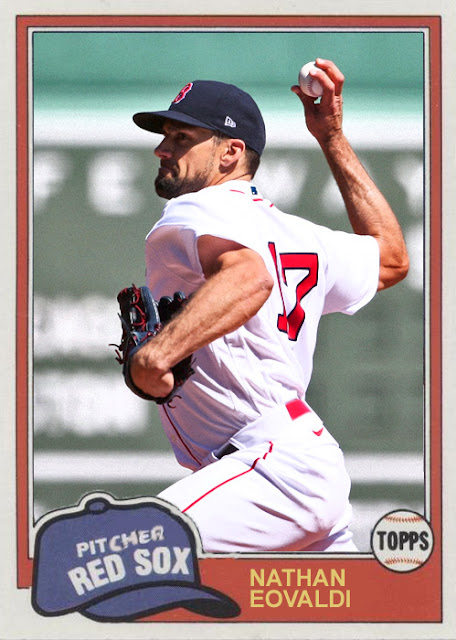 The last time Nate Eovaldi had a full season to flex his talents upon the MLB, he went 14-3 for the 2015 New York Yankees. It's a winning season by a Yankee starter that most of the internet has forgotten because he wasn't named Tanaka, Sabathia or Severino, but it was very impressive, and had he not trailed off in 2016, he may have been re-upped and still be in New York.

Instead he signed a two-year deal with Tampa, which he played exactly 4 months of before being flipped to Boston for Jalen Beeks, and quickly became one of the most furious pieces of the 2018 Red Sox playoff team. Eovaldi has 2 career postseason wins and 16 career postseason strikeouts, all with Boston.

Eovaldi has also never finished a season with a WAR higher than 2.3. So his challenge, as well as to bring the Red Sox back to relevancy, is to beat his season high and gain long term MLB legitimacy.

The Red Sox rotation being as consistent as it is has been one of the reasons why the Sox have been so dominant so far. Last year, all they had was Eovaldi and Martin Perez, and then right there at the end you saw Tanner Houck and Nick Pivetta showing up and foreshadowing the 2021 season. Now you have Eovaldi, Perez, Pivetta, Eduardo Rodriguez and Garrett Richards' better numbers...all on at once. In addition to a bloodthirsty lineup. What the hell.

Eovaldi, Rodriguez and Pivetta each have 3 to 4 wins. Pivetta has a 2.18 ERA, making it even stupider that the Phillies gave him up last year. Matt Barnes is good at closing games again. Ottavino is healthy and picking up where he left off. This team is really damn good and is heading for more dominance. Help.

I mean there are weak spots, like Franchy Cordero and Hunter Renfroe, but J.D. Martinez, Xander Bogaerts and Rafael Devers are making everyone forget that. This team seems to be mostly be on the same page, which is nice considering how dire the last few seasons were, but horrible considering that I still want my Yankees to do relatively well this year, and while we don't play them for another month, I'm still dreading what'll happen when my still-human team plays this very-impressive one.

It's just...a lot that could happen, especially regarding this Red Sox team.

Coming Tomorrow- He just pitched a 9 inning gem yesterday. He's still got it, even if his team is a little cluttered.