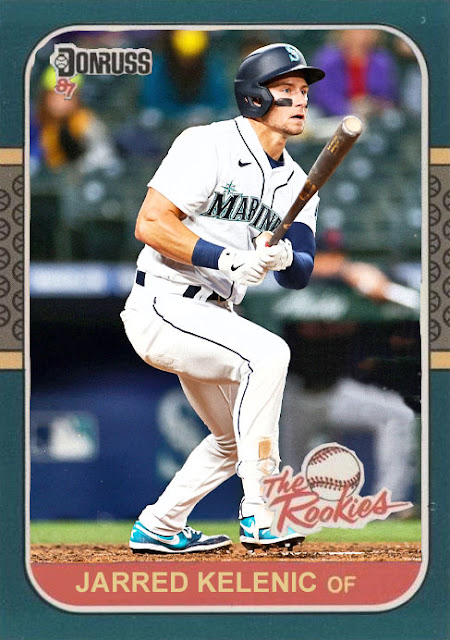 How many chances can a third place team get here? So many iterations of this Mariners team haven't worked, and unlike the Mets, who keep winning games despite setback after setback, the Mariners just are sort of suspended in the middle of the division, between the competitors and the bottom feeders. In limbo.

Now, I don't think everyone thought that Jarred Kelenic would be the answer, but the thought was that he would probably help matters somewhat. Yet Kelenic is only batting .123 with 8 hits in 65 at bats, definitely not the best first impression for one of the highest ranked prospects in baseball to make [look at it this way, if he was still with the Mets he'd be injured by now, a pariah even]. Additionally, fellow prospect Logan Gilbert has similarly struggled since his call up, with a 7.59 ERA and 2 losses in his first three starts. I do realize that Casey Mize is having a beautiful season the year after taking some serious learning time to acclimate to major league expectations, but this can't not be disappointing to M's fans.

It doesn't end there. Evan White, Dylan Moore, Sam Haggerty, Jake Fraley, Erik Swanson, Ljay Newsome, James Paxton and Kendall Graveman are all injured. This is a problem that only happens to the Seattle Mariners. ALL EIGHT OF THOSE PLAYERS ARE *CRUCIAL* TO THIS TEAM. The 29 other teams wouldn't build their team around 8 untested guys who could all get injured. The 29 other teams wouldn't even build their team around ANY of these people! Who the hell is Jake Fraley and why is he so important to this damned team??

And yes, they also have lost Marco Gonzales, who is a very big piece of this team, but all those other guys wouldn't be holding up another roster if they all went down at once. Kendall Graveman pitching 17 scoreless innings alone is a marvel.

And while they do have Mitch Haniger, J.P. Crawford, Kyle Seager, Ty France, Justin Dunn and Kyle Lewis all performing well, which could be the backbone of a decent team, it doesn't seem to be enough to propel them from this little limbo state. The 2nd place Astros are still better, the 4th place Angels are still worse. The recent winning spell for the Mariners has helped, but I am not sure if this team can get anywhere higher than 3rd this year. I'd love to be wrong, I'd love to see them smack around Houston a bit, but my expectations are low for a reason.

Coming Tomorrow- Oh, you know, that shortstop on the west coast everyone's wild about...