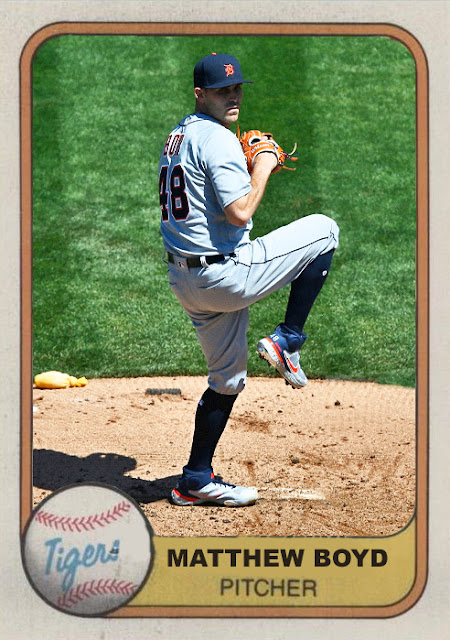 New year, same old Tigers. These poor Tigers are the only team in the majors whose win column is still single digits.

I dunno what's the deal with this team. They pull in people like Robbie Grossman, Wilson Ramos and Jonathan Schoop to help them out of the hole and pretty soon all three have fallen in themselves. The only person with double-digit RBIs is Akil Baddoo, and he's cooled down tremendously in the last few weeks, as have Ramos and Jeimer Candelario, who is the only position player with a batting average higher than .250. Hooray, I guess.

And yet regardless of the inefficiency of the lineup...the pitching kinda works this year. Matt Boyd has gotten over his 2020 woes and is back to his old tricks, with a 2.27 ERA in his first 6 starts. Jose Urena is also doing pretty well as far as velocity is concerned despite a 1-4 record. Casey Mize, Tarik Skubal and Spencer Turnbull are all struggling, and they're supposed to be the youth of the rotation. All this as Michael Fulmer and Tyler Alexander have strong seasons, while also being some of the few competent relievers on the team.

I have no idea how the Tigers can continue to just let such promising players and signings just result in last place hysteria for the umpteenth time. They have Casey Mize, Akil Baddoo and Zack Short all up, three guys who've been waiting in the minors for a while. And even THEY can't help matters at all. It also doesn't help that while the Indians, Royals and White Sox are all handsomely better than the Tigers, even the struggling Twins are higher up. The Yankees, the butt of many jokes in the trades, managed to kickstart a comeback thanks to a series against the Tigers. The Pirates, expected to be the 30th best team in the bigs this year, outdo them by 4 wins right now.

Even a month in, it's not looking like many strategies are gonna work for the Tigers, even with A.J. Hinch managing. So if you hear a trashcan banging at Comerica Park, it's probably just the lineup card being violently tossed in.

Coming Tomorrow- Oh yeah, the other really bad team I mentioned. At least they were in 2nd for a bit last week.