Can The Astros Have a Redemption Arc? 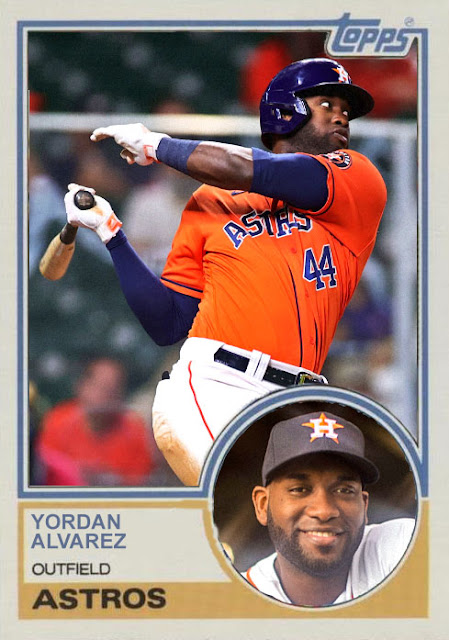 We're 4 years since the cheating scandal. The majority of the Astros' core has stuck around. There have been minor losses, like Josh Reddick, George Springer and, well, A.J. Hinch, but where big pieces have left, new, equally detestable pieces have grown in their place.

Just look at Yordan Alvarez. He wasn't on the team in 2017. Does that mean I don't want him to befall horrendous consequences? No. Yordan Alvarez, a lot like Kyle Tucker, Jose Urquidy and Cristian Javier, could have brought in a new wave of different, non-infuriating Astros, and could have strayed from Carlos Correa, Alex Bregman, Jose Altuve and Yuli Gurriel by taking over the team and making a new name for it. But, instead, Alvarez jumped right into the core and acted like he'd been there for years, becoming a major force for power in 2019 and continuing that in 2021.

And to add to that, the Astros are still GOOD. The newer, homegrown pitchers have augmented the aging rotation and are revitalizing the team. Correa, Gurriel and Bregman are all having great seasons. Dusty Baker is working with this roster, and they're creeping up towards the A's more and more. And even if the Astros run the risk of losing Carlos Correa, Zack Greinke, Justin Verlander, Ryan Pressly at the end of the year, I can't confidently say that the dynasty could end there. There's a chance that it won't. There's a chance that Kyle Tucker, Yordan Alvarez and Cristian Javier could make this team a completely new threat on the same values and make them competitors over the next few years, just reformed like the Yankees, Cardinals and Dodgers have done.

So...do the Astros have any chance of NOT being the villains of the MLB this decade?

I don't see it. I don't see this team completely shedding any of its guilt from 2017 by the end of the 2029 season. Why should they be ashamed? They won! By the end of 2029, they're gonna have Altuve's, Springer's and Bregman's faces on wall murals. Whatever version of the team exists in 2029 is still gonna have some foundational piece that was jumpstarted by the 2017 team. They'll never apologize, they'll never come out and say that they cheated, they're just gonna nod and not address anything, and nobody will have seen any consequences, and that's what's gonna happen. Like steroids, ball-juicing and the civil war, it's just gonna be something that happened in the past and everyone is supposed to move on from despite genuine consequences emanating from it.

The Astros may still be good in 2029. But will anyone want to root for them?

Coming Tonight- One of the last survivors of the mid-2010s Diamondbacks teams...just trying to at least earn his worth.