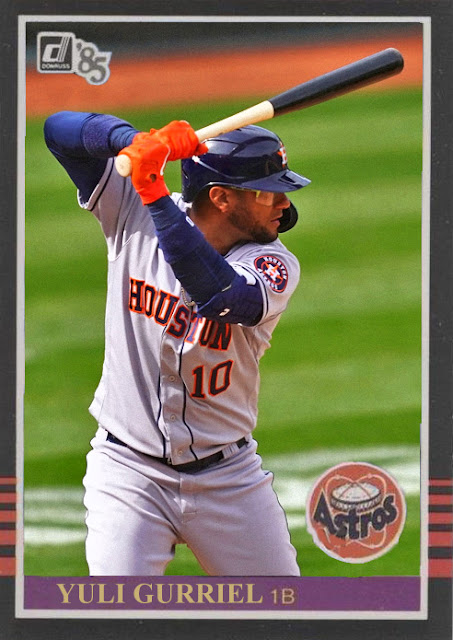 The Astros are back, guys! I know you're all excited to see them climbing back up the standings!

Look, I don't know if the Astros have fully embraced their status as the villains of baseball, but they're certainly playing like they don't care if nobody wants them to win. They had a weak spell a few years back, it leveled them a bit, but now they're back after some series' with the Angels, Mariners and Rays, they're back into the race, chasing the Ms for second and waiting for their chance to level the A's a bit.

The core of this team is still capable of big things. Carlos Correa, Michael Brantley and Yuli Gurriel have been playing beautifully so far, and both are hitting over .300 right now. Yordan Alvarez hasn't been perfect in his return from injury, but he's still hitting .315 with 14 RBIs, so it could be a lot worse. Bregman is still a power-hitting machine. There's still people like Kyle Tucker, Martin Maldonado and Jose Altuve who could be doing better, but the lineup is moving in the right direction.

The rotation has shifted in their approach, and is centering less around veterans like Zack Greinke and more around the homegrown younger group from the last few years. Cristian Javier, Lance McCullers and Jose Urquidy are really the bulk of this rotation, and now Luis Garcia has been starting games and hitting a 2.70 ERA. It's not a perfect rotation, and the lack of Justin Verlander is still quite glaring, but it's a more unassuming and practical rotation. We're far from the 5-man chaos of the 2018 team, but we're close.

This team is a bit more unpolished and human than previous recent Astros teams, but judging by last season, being unpolished isn't going to stop the Astros from making the playoffs. What will need to stop them is not being one of the best teams in the AL, and the A's have enough right now to stop them in their tracks if they keep clashing with this speed. I'm very wary of this Astros team, but I don't fear them like I've feared other incarnations of it.