Twin Some, Cruz Some 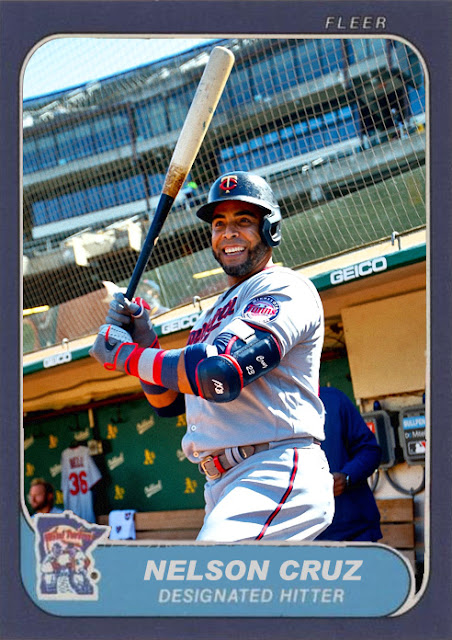 THERE IS LITERALLY NO MIDDLE GROUND WITH THIS TEAM. EITHER THEY'RE COMPETITIVE OR THEY'RE ATROCIOUS! THERE'S ABSOLUTELY NO IN BETWEEN.

The 2019-20 stretch has been the most consistent stretch for the Twins, because they decided to be good for more than one season in a row, and actually won the division twice in a row. Considering how often this team has bobbed above and below .500, that is a MIGHTY feat. And now, of course, we're right back down again towards fourth [they were in last the other day], and the chance of this team competing shrinks further and further as the days go by.

And like the seasonal trajectory, the Twins are a tale of extremes this year. The Twins have one of the best players in baseball, the unstoppable Byron Buxton, with a 2.8 WAR and a .370 average...but he is currently injured. The Twins also simultaneously have his former minor league battery partner Miguel Sano hitting .119 with 32 strikeouts, and not a single inkling towards hitting for contact. And yet two people on this team, Jake Cave and Mitch Garver, have more strikeouts than Sano does. Furthermore, the outfield and catching prospects brought in to circumvent their lack of forward production, Trevor Larnach and Ben Rortvedt, AREN'T HITTING EITHER. Meanwhile, Nick Gordon the longtime prospect infielder who stole two bases and got a crucial hit in his first game in the majors...has already been sent back down to the minors.

All that and Michael Pineda is currently pitching better than all the guys they signed to pitch well this year. Maeda is slumping again. Berrios has a 3.79 ERA, which isn't bad but not as good as it should be. Trevor Rogers and Alex Colome both have two saves and not much closing pitching has been needed otherwise.

And yet at the same time...Josh Donaldson, Andrelton Simmons, Luis Arraez and WILLIANS ASTUDILLO have all been playing really well despite the complete dissolution of the core. So while there is still good injury and good performers on this team, plus Nelson Cruz continuing to hit for power with 9 homers even at 40 years old...it's not a full team effort towards this. Everything's sort of split, and this team doesn't have the unified power tract that the 2019 team did, and it's clear.

Right now, the goal should be to stay atop Detroit in the standings, and maybe eventually creep towards the Royals. Baby steps. This team could still be good, but it needs to work on the little things first before it reverts back to competing again.

Coming Tomorrow- Even the team with one of the best pitching staffs in baseball needs an equally good catcher.