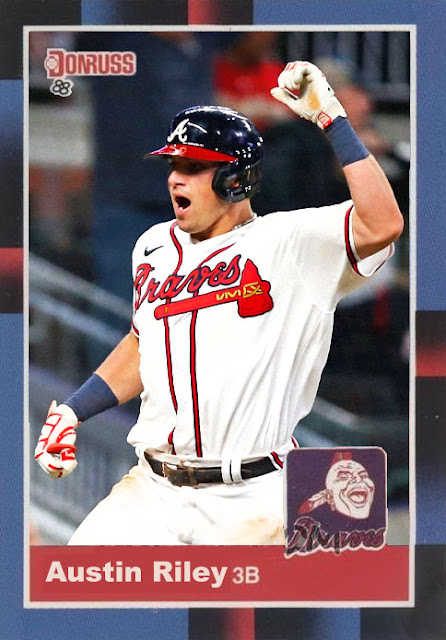 I don't know how it happened this way. This Braves team was supposed to completely obliterate the competition this year. But after losing Travis D'arnaud, Marcell Ozuna and Huascar Ynoa, and with less-than-perfect seasons from Dansby Swanson, Freddie Freeman, Will Smith and Max Fried, this team is currently in third behind the sub-500 Philadelphia Phillies.

It's not as if everything that aligned last September was a fluke. But some of these pieces aren't working the way they did last year, and are a little rustier. Ozzie Albies is still a fantastic defender, but his bat is once again a problem, and he's currently hitting .233. William Contreras, currently the starting catcher, is in a similar place, batting .237 despite being a consistent stronghold at catcher. The bullpen has some decent performers right now, but it's not as consistent as it was last year, and A.J. Minter and Josh Tomlin are having disappointing followups to 2020.

At the very least, a new hero has emerged in Atlanta, and somehow it is Austin Riley. Two seasons after an exciting but one-sided debut season, Riley is getting starts at third, hitting .313 with 10 homers and 22 RBIs, and leading the team in hits with 50. Riley is now 24, an age where he's a bit more comfortable, and after those two years of a head start he's finally performing at major league caliber. This is the upside of bringing people up at 23 rather than 27, because if a 27-year-old flounders in his first few years in the majors, he doesn't hit his stride til 30. We have a lot of those. Riley, thankfully, is ahead of the curve, and is leading the team.

The youth is at least a step up this year for the Braves- Ynoa and Contreras, yes, but Riley, Ian Anderson, and the still-23 Ronald Acuna, are the pieces of this team that are doing the best. It's everything else that's tanking.

The good news is that the season is still young, the division is still open, and the Braves still have plenty of time to sprout wings and take on the opposition. Until then...there's always Trae Young.

Coming Tomorrow- The other day, I said that there's currently three possible Hall of Fame catchers roaming around the leagues. One was Posey, one is Yadier Molina...this one's the other one.