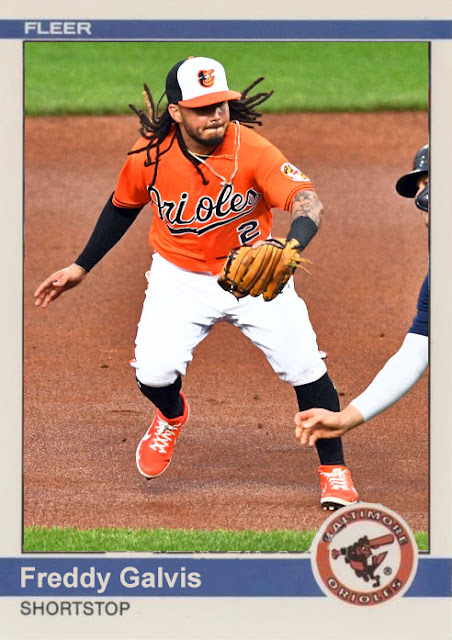 This is rare for a bad team, but three of the best players in baseball right now are on the Orioles. John Means has the highest WAR for pitchers right now, and that's a very big deal for this team. Cedric Mullins is still playing like a pro, hitting .294 with 53 hits. And Trey Mancini is having the comeback season of the gods, leading the league in RBIs with 41 and knocking 10 homers. Those three are a nice amount of talents, and if this were a more even division, could be leading them towards .500

But this is not a normal division. The Sox, Rays, Yankees and Jays are all going for the gold, meaning any series with one of those four could amount to a series loss. All four AL East teams are better than the Orioles, a good amount of the Orioles' season is division matchups- the O's are GOING to struggle this year. There's a reason their no-no came at the hands of a non-division team like the Mariners.

Aside from those three, there are some good performances in Baltimore, like Austin Hays, Freddy Galvis, and the slow return of Anthony Santander's power numbers. But the majority of this team is under .250 hitters, 5.50+ ERA pitchers, and several prospects who aren't delivering what they promised in 2020. Dean Kremer and Ryan Mountcastle were wonderful last year, and neither one is delivering anything close to last year's keep. Matt Harvey, after a few early starts worth of classic Dark Knight material, is now back to a 6.00 ERA and a negative W/L ratio. Maikel Franco's completely reneged on his 2020 comeback. Pedro Severino's having his first down season in Baltimore. It's all just churning into a mess.

Of the three big players, I honestly think that only really Mancini has a chance of being dealt, but I could be very wrong. I also don't think Mancini WANTS to leave Baltimore, though he may not really have a choice. I know there's a lot of fun in this team, but I don't want it to continue to depress me, and fans, week after week.