All Eyes on the O's 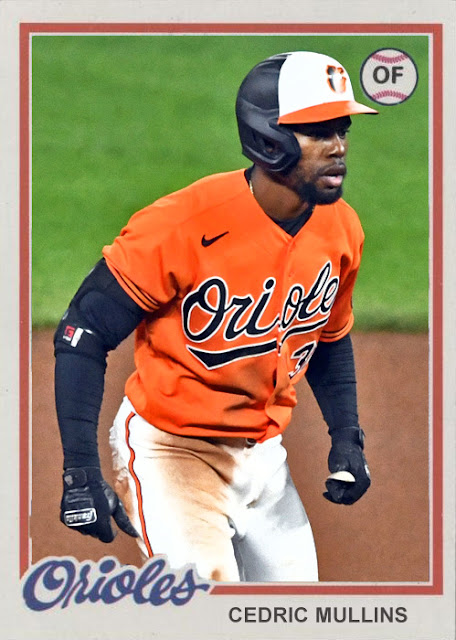 Your ace just pitched a no-no, your star outfielder was leading the league in hits for a split second, your closer's a career journeyman with 7 saves already, and you've gotten Matt Harvey off to a 3-1 record. Even if you're in last place, don't be surprised if everyone's peering over at you now, Orioles.

And that's honestly where we're at with the O's right now. They're not gonna compete, that's clear. They're gonna have to try really hard to finish anywhere above the Rays, Blue Jays or Yankees in the standings [forget the Sox]. All they really need to worry about is not being the worst team in the league right now. Cause they've been down that road, that's how they got Adley Rutschman [who, for the record, has started the 2021 minor league season in AA], and it'd be nice if they began to pick back up again now that they have John Means, Cedric Mullins and Austin Hays playing well right now.

I mean, with the exception of the Tigers and Rockies, the last place teams, for the most part, are just fun teams that happen to be in last. The O's most obviously have a lot of fun pieces, plus two former Phillie outfielders doing well enough so far and the aforementioned Matt Harvey renaissance project. The Rangers have that island of misfit toys mentality I talked about last night, lots of young players finally finding themselves. The Marlins and Nats, whichever ends up in last, both have solid pieces and intriguing stories happening with who's hitting for power and who's appeared out of nowhere in the rotation. And the Pirates at least have some people you never thought would be playing well anywhere, like Phillip Evans and Erik Gonzalez, making things work.

The O's do have some promise, because the strength of their farm system means that the gaggle of guys that aren't pulling their weight could soon be switched off in favor of someone ready, but judging by Ryan Mountcastle, Ramon Urias and Dean Kremer this season, the transition to the majors is never an immediate success. Mountcastle was excellent last season, and now he's hitting .200. Kremer was stellar in late-season starts in 2020, now he's 0-2 with a 6.45 ERA. People like Rio Ruiz and Jorge Lopez can only be acceptable starting options for so long.

So even if the Orioles have a lot of reasons to celebrate right now, and I'm fine with that, they still need to work towards readying a team for the next phase of Orioles baseball, and making the necessary moves that will make that transition as painless as possible.

Coming Tomorrow- One of three Phillies starters who are actually doing things right.