Baseball for the Brainless 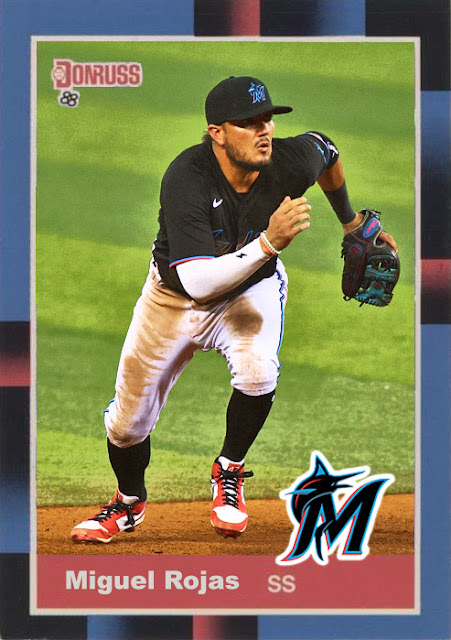 The 2021 Miami Marlins are a lot like the Fast and Furious movies, the ninth of which is releasing soon. Nobody goes to Marlins games for substance, or quality, or logic. They go to have a good time. And the Marlins so far have been a stupid-fun time.

This is a team that is high on strikeouts and still can deliver decent offensive production. Jesus Aguilar has 32 RBIs and 9 homers, and is one of the team standouts, but so is Adam Duvall, whose 28 RBIs attempt to distract folks from his team-leading 44 strikeouts. And that's where a lot of the team is at. Chad Wallach, filling in for Jorge Alfaro, got to 27 strikeouts in 19 games; Corey Dickerson took 37 games to get to that same stat. Brian Anderson and Garrett Cooper, coming off of productive seasons, are striking out a ton and have low averages. Isan Diaz and Jon Berti are batting in runs, but neither are hitting over .200

Thankfully, this team does have contact performers like Aguilar, Jazz Chisholm and team hero [I suppose] Miguel Rojas, all hitting .280 and over. Starling Marte was also playing well before the injury, and hopefully he'll be back soon. And while only Aguilar and Duvall have over 5 homers, the focus seems to be on RBIs and less on full power. Which is fine. But it does take a lot of the dimensions away from this team, which looked so multi-sided last year.

At the very least, the pitching is alright, though, again, not to the caliber of 2020. Trevor Rogers, Sandy Alcantara and Pablo Lopez have been strong, Cody Poteet's in the middle of a decent start against le Phils, and the wait to call Sixto Sanchez back up has to be for a reason, right? RIGHT? Nevertheless, the bullpen is small and cohesive enough, Yimi Garcia's making a nice closer, and new additions like Dylan Floro, John Curtiss and Adam Cimber have been working.

So while this is a middling team that still seems outmatched by the division's top 3, this isn't a complete bottom-feeder yet, and the Marlins could still make their way towards .500 as the lineup gets a bit more comfortable. I think we've lost sight of repeating the 2020 magic and are just trying to have a decent enough season, which is fine.

Coming Tomorrow- Speaking of all-out hitters, this guy is helping his team stay in the AL Central race.