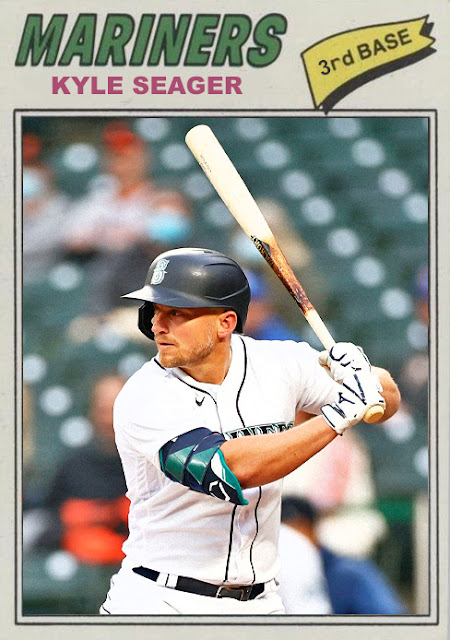 So, to recap, the Seattle Mariners came off to an impressive start, and were at 13-8 on April 24th, at 2nd in the AL West, fending off the Astros and Angels, and looking very good. With Mitch Haniger, Ty France and Kyle Seager all surging, and Yusei Kikuchi off to a strong start, the Mariners were looking impressive even without Kyle Lewis.

Theeeeen the bottom fell out. Teams like the Astros, Orioles and now Rangers trounced the Mariners, revealing them to be a marginally okay team who began the year with a hot streak yet again. The power hitters evened their averages out, Taylor Trammell's strikeouts grew, John Means no-hit them, and both Marco Gonzales and Nick Margevicius ended up on the IL. The once confident Mariners were looking bleaker and bleaker by the second, and as the Astros lapped them in the standings, the current strategy was clearly not going to work.

And that's where we are today. The 2021 Mariners, Take Two. Or, 'If all these players we've had aren't going to do anything, let's just bring up two of our top prospects'.

And that's what today is looking like. Jarred Kelenic, who was acquired in the Robinson Cano deal, and one of the single biggest prospects in baseball, will be starting tonight for the Ms. Additionally, Logan Gilbert, the Ms' first round pick in the 2018 draft, and another top prospect, will be starting on the mound for Seattle. So that's two huge pieces being added at once, to a team with enough working pieces to sustain a callup, not to mention a team that's at .500 and could go either way.

So, thinking realistically- could Kelenic and Gilbert save the Mariners?

Well, let's be realistic. Yes, we did have Kyle Lewis strike gold immediately upon callup in 2019, and he's been similarly potent in the last two seasons. But pretty much every other recent Mariners call-up has taken time to mature. Erik Swanson, Justus Sheffield and Justin Dunn did not strike gold immediately, and the solid work all three are doing now came with experience. J.P. Crawford wasn't a gold-glover with Philly, but he became one last year with the Ms, and has been awesome ever since he's blossomed. Some players, like Evan White, Jake Fraley and Taylor Trammell, are still waiting to really do well in the majors.

So the chance of both of these players immediately coming off like pros starting tonight is slim, but not impossible. The Mariners are convinced Kelenic will be their Kris Bryant, the guy who snaps into place and recontextualizes the team. Knowing what happened in Chicago in 2015, that's a bold assumption, and hopefully Kelenic, and Gilbert are able to deliver.

And if not...there's always Julio Rodriguez as take three in August.

Coming Tonight: The best pitcher in baseball, for the biggest disappointment in baseball.