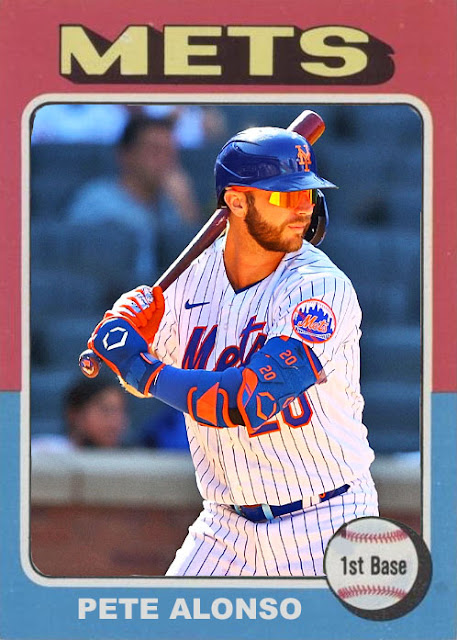 The Mets are in first place. I'm not sure how aware of that fact they are, but they are currently in first.

There's been enough talk recently about how lukewarm the NL East is compared to how cutthroat everybody thought it was going to be. And yeah, everybody's sort of puttering along and not quite catching fire yet. The Mets have won five straight, but this is their longest streak yet, and it still hasn't boosted the run differential. And for a team that wanted the entire season to center around the addition of Francisco Lindor, the former Indians hero is pulling some anemic numbers right now.

And that's really where we're at. The legend of this Mets team is outperforming the actual Mets team. All you hear about is how Jeff McNeil and Francisco Lindor are quarreling in the tunnels and then blaming it on a rat that crawled up in there, or how Jacob deGrom is lights-out then suddenly has to go on the IL, or the fact that big pieces of this team, like Brandon Nimmo and J.D. Davis, are now getting injured. Not much about the actual quality of the team, because...without deGrom, Nimmo and Davis, there's not a full team to really speak of.

Okay, we do have Pete Alonso performing well right now, but his numbers are still low for Pete Alonso standards. Just 5 homers and 17 RBIs? Come on, 2019 Pete Alonso was better than that. Maybe the balls were juiced, but you can't expect me to believe that all that power has suddenly dissipated just because of a ball-deadening thing. He's still got a killer swing and can hit for power like nobody else in Queens. So while I'm glad he's doing well, I also just wish his stats had some more exclamation points on them.

The lineup is also missing that wow factor. I see lots of guys batting .220, even respected contact hitter types like Michael Conforto and Jeff McNeil. The front of the rotation, even without deGrom, is still strong, as Marcus Stroman and Taijuan Walker are both excellent so far, but after that things trail off big time. Who's competent after that? David Peterson's shaky, Joey Lucchesi's shaky. Who's the fifth starter without deGoat? Should a first place team be asking these kinds of questions?

And before you ask, yes, I will be this critical of my Phillies if they get back to first. And I was last time, as well. To be a first place team right now, you have to really earn it, and not coast. The Dodgers learned this. The Astros learned this. And the Mets are gonna learn it if they don't really pick things up. They play the Orioles this week, and as last-place teams go, the O's are definitely not one of the more pathetic ones. So that could be interesting.

Who knows, maybe they'll run into another errant animal or something and that'll turn them around.

Coming Tomorrow- He had a 3.90 ERA through 7 seasons with his team. He currently has a 1.26 through 6 starts. Better late than never.

Posted by Jordan at 8:28 PM
Labels: consistently talking about the thing we're not supposed to talk about, Custom Cards, Mets, Pete Alonso