Yanks But No Yanks 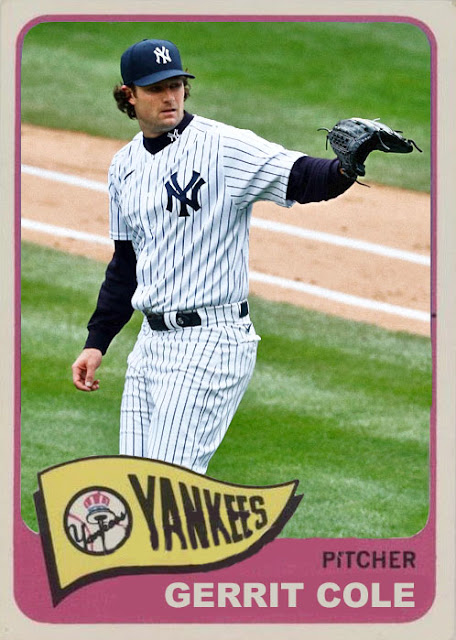 I had a Giancarlo Stanton custom cooked up for today, and then, as is custom around here, he goes and gets injured along with a nice chunk of the rest of the team.

Yeah. We're doing this again. Stanton's down with a shoulder strain, Rougned Odor is out for another week or so, Torres is out with COVID, Hicks has an issue he needs to be out for several months with, O'Day is nursing an injury. While it's not as expansive in terms of player injury as the last few, A.) it also includes a lot of the coaching staff thanks to COVID, and B.) these are some big pieces. Stanton and Hicks at the same time being out means Brett Gardner, far past his above-replacement-level days, has to make more starts, and without Mike Tauchman, the outfield is a lot less confident.

Like, I'd be fine with a Judge-Frazier-Gardy outfield if Gardy was still consistent and if Frazier could hit EVEN REMOTELY. We give Frazier a starting spot for the first time in his career and this is how he repays us? What is this crap, Clint? Why do this now?

The other day, the Yanks brought up Ryan LaMarre, career backup outfielder, and tried to plug him into the mix, but so far he hasn't been very promising at all. Right now, all our reserve, backup guys are infielders. People like Tyler Wade, Mike Ford and Miguel Andujar, none of whom are doing great work right now. I took a look at Scranton, and right now they have Trey Amburgey and Socrates Brito who would both be good choices for a call-up. But they went with LaMarre, who...was at least playing well in Scranton, but eventually Amburgey is gonna need to come up, especially if Gardy and Frazier continue to play below par.

At the very least, we don't need to worry about Aaron Judge right now, because he's hot as hell and hitting homers like he's prone to when he's healthy and happy. And at the very least we don't really need to worry too much about the rotation right now either. Gerrit Cole is having another phenomenal season for us, Kluber and German have overcome rocky starts to be crucial members, and Montgomery and Taillon at least have good stuff hiding between messy starts. Similarly, the bullpen is pretty damn sharp, and even taking Chapman out of the equation, we still have Chad Green, Michael King, Wandy Peralta and Jonathan Loaisiga looking good.

So while this isn't a bad team, and while this team has improved greatly since the end of April, the outfield situation is still worrying me, as is the COVID situation. We're in third and trying to outdo the Blue Jays and Rays, but Toronto has less injuries and more momentum right now. I'm not sure where this team will be by the end of the month, but I hope they haven't lost everything they gained in the last few weeks by then.

Coming Tonight: One of the few contact hitters for a real stupidly-hitting NL East team.