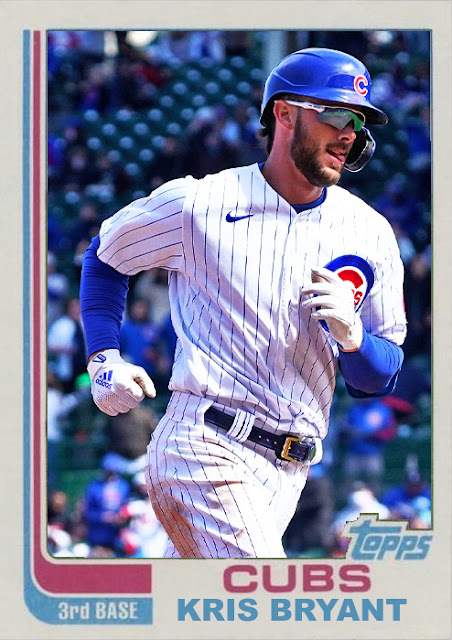 When Kris Bryant burst onto the scene in 2015, all eyes were on him. The Cubs' reformation project was in full swing, and Bryant was the centerpiece, bringing the youth movement and the contract stars together and bringing the team into the limelight. Bryant's initial two seasons were huge deals in baseball, with a Rookie of the Year win, an MVP win and a World Series all in that time, not to mention an 100-RBI season.

However, in 2018, Bryant gets injured, as well as in 2020, and the best moments of Bryant's prowess have been fleeting lately. He did have an excellent 2019 season with a 4.5 WAR and 31 homers, but it was also during a season where the Cubs lost steam late and didn't make the playoffs. Bryant, like the Cubs, has faltered and has had human moments since the heights of things in 2016.

And now, Bryant's off to another really nice start, with a 1.5 WAR after a month of play in 2021, 9 homers and 22 RBIs already, a .306 average and a league-leading 12 doubles. These are great numbers for Bryant, and great numbers for the Cubs. He's outdoing everyone else on the team right now, especially the pitchers, and he's proving his worth after some wobbly seasons.

But. This is Kris Bryant's last season under contract with the Cubs. This is also the last season for Anthony Rizzo and Javier Baez. Three crucial pieces of the 2016 Cubs team could all be gone by next season. And the Cubs, with how they're doing so far, may not be able to keep all of them, if any.

Bryant could go either way. He could either decide to take the hero approach, re-sign for the rest of his career, or at least another few years, and continue to play where it's safe. Or he could test the open market, which is what J.T. Realmuto tried to no avail this year. The big question is that will Bryant be a draw as a free agent? Will teams be running to lock Bryant up like they have Lindor and Betts? Is Kris Bryant still a top tier major leaguer?

And...honestly, it's not clear to me. It might be closer to a Bryce Harper situation, where the name outweighs the results, and you just want a steady, consistently great hitter in your lineup without getting 7 MVPs or such. I think Bryant's still a star, but what he's gonna need to come to terms with is that he's more of a functional player than a team-dragging player right now. The Cubs' season will no longer come down to Bryant's moods...they now come down to the pitching coaches' moods.

Bryant will either finish the season strong with the Cubs and re-up, or he'll be traded at the deadline and sign a contract somewhere else for a bit. But I know he'll make the honest choice and think about his legacy as a player rather than as a name. I hope.

Coming Tonight: He nearly no-hit the Rays the other night. So I guess you could say he's back.