Thankfully, Buster Posey Is Back 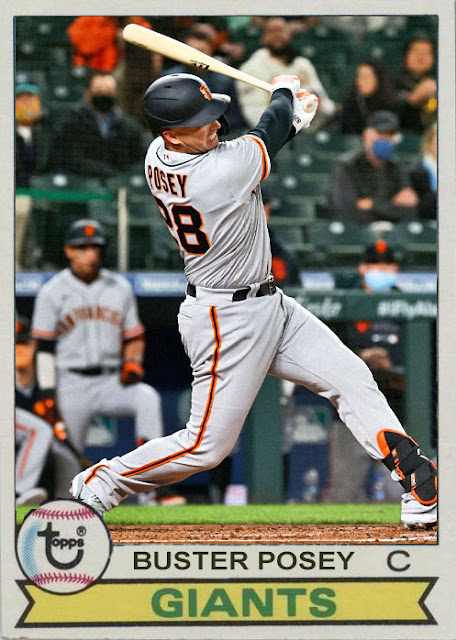 2019 was Buster Posey's worst season to date, he only hit modestly, pulled a 0.8 WAR despite playing 114 games, and only mustered 38 RBIs. It was a very disappointing way to end Bruce Bochy's tenure with the team, and it was a season that put the rest of Posey's career in jeopardy.

When Posey decided to opt out of 2020 season, arguably the biggest name to do so, it made things look even worse. What if Posey calls it here? What if he never returns to peak caliber? What if the Giants have to start a clearly-not-ready Joey Bart behind the plate?

Regardless, Posey finally made it back in 2021. Not just Buster Posey- GOOD BUSTER POSEY. We were worried about whether or not he was gonna show up again, but here he is, hitting .350 and sitting on 9 homers and 17 RBIs.

While this is an enhanced power-angle for Posey, especially considering his 34-year-old ness, and his catching skills BEGINNING to wane slightly, it's still amounting to a 2.0 WAR, the highest on the team for position players, and it's given him the highest average by a long shot, as well as the most hits with 39. And it makes sense- in a season of renaissance for Brandon Crawford, Evan Longoria, Brandon Belt and Darin Ruf, of course the team centerpiece would also be back to rare form. It's like the old night watchmen in Night at the Museum, rejuvenated for an instance but making the most of it.

It also helps that Kevin Gausman, Jake McGee, Anthony DeSclafani, Alex Wood and, yes, Scott Kazmir are all having impressive seasons after being let loose by the rest of the league. The fact that SF has become a haven for lower-key players to make their comebacks, especially when led by the very-in-need-of-a-comeback Gabe Kapler, is kind of charming.

And yes, while the Giants have returned to 3rd place, they only did so because of a series with the red-hot Dodgers, and aren't exactly completely out of momentum. The NL West race is so close that they're not out of it yet, and are still right there with the Padres and Dodgers. So it'll be interesting to see how things continue to go.

Coming Tomorrow- Another 34-year-old that's still lighting up the league, only this one's out of Florida and on the mound.