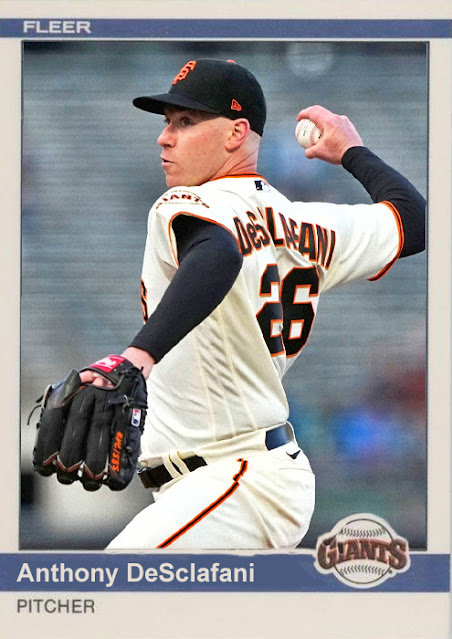 It was looking pretty normal til around mid-April.

The Dodgers were in first, the Padres were in second, the Giants were well over .500 but in third, the other 2 fell in. This was the way the NL West was supposed to fall.

And then the Dodgers started losing games. Badly. They started completely falling apart. May got injured, the lineup stopped hitting for average, it began to unravel. The Padres also began to lose some ground thanks to injuries and also some outmatched games.

And by the beginning of May, who was standing on 1st place in the hottest division in the NL but the one team everybody thought would stay in third this year. Those San Francisco Giants. You've got to love it, they're the underdogs again.

And what's even funnier is that the same strategy I've been ridiculing this team for since 2018, stocking up on older players and older contracts rather than letting the youth movement breathe, is actually working because the Giants saw how Washington utilized an older core in 2019. Because said older core in SF is made up of longer-tenured contracted players, this one has more of a chance for sustainability. Now, granted, Brandon Crawford, Brandon Belt, Kevin Gausman, Anthony DeSclafani and Donovan Solano are all free agents after this season, and there's a chance for Buster Posey, Johnny Cueto and Wilmer Flores not to make their options. So this could all be gone by next season, which means this, like Washington, is a win now or never sort of plan.

And right now it's just...really working.

Let's see- Aaron Sanchez gets injured in his masterful comeback attempt, and Alex Wood ascends to the rotation in his place and starts killing it again, with 3 wins and 22 Ks in 4 starts. Johnny Cueto just got off the IL yesterday, and though he was seasonably roughed up by the Padres, he's still a healthy, consistent arm to add to Wood, Logan Webb, and the impenetrable duo of Gausman and DeSclafani. Gausman we all know was gonna be big this year, but Disco has been a nice surprise on a one-year deal, with a 2.40 ERA and 36 Ks in 7 starts.

The lineup is just...every holdover from the 2010 runs doing well, including Buster Posey [who's on fire], Brandon Crawford, Brandon Belt and Evan Longoria, some new guys like Yaz and Austin Slater doing their thing, and the 'anyone-can-succeed-here' bench mentality which isn't just benefitting Darin Ruf and Wilmer Flores, but former Yankee bench player Mike Tauchman, who's been unsurprisingly great filling in for Alex Dickerson in his first 2 weeks of Giants play.

The Giants are red-hot, cemented when the rest of the division is crumbling, and looking at some more strong series' ahead. I hope they stay this hot, because an NL West upset like this would be excellent for baseball.

Coming Tomorrow- Look, if Brandon Lowe's not gonna hit in Tampa, then this 3rd baseman might as well.