Scherz, Mine and Ours 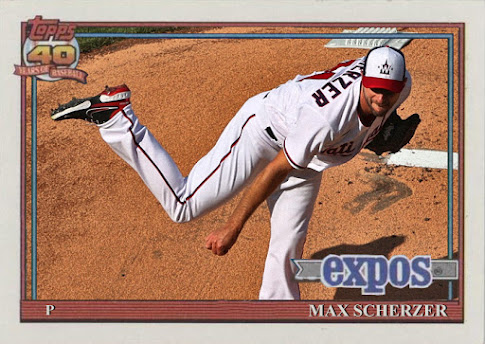 How's this- a 9 inning complete game victory with 9 strikeouts and an earned run, immediately followed by a taxi to the hospital to watch your wife give birth to your third child. To Max Scherzer, it's just another day of being the best.

I mean, the fact that Scherzer is still one of the best pitchers in the game right now is kind of superfluous. He's already a Hall of Famer, for sure. He already has 3 Cy Youngs and a World Series ring. If this season continues at a strong pace, he will hit 3000 strikeouts this year, after leading the leagues in said category 3 times already over the course of his career, and in wins 4 times. Scherzer's place among all-time pitchers is already pretty cemented, and he's already one of the greatest Jewish ballplayers to grace the bigs. But the reality of Scherzer collecting all of those accolades, and at 36 showing no sign of slowing down and continuing to be among the best...that just speaks to his incredible abilities.

For the record- looking back at the deal that sent him to Detroit 11 years ago, you see a lot of big names. Curtis Granderson obviously. Ian Kennedy. Austin Jackson. Edwin Jackson. Only Scherzer and Kennedy are still in the leagues, and only Scherzer is still a trusted starter. And this is a guy that had never had a winning season prior to the trade, had WAR earnings around 1.2 or 1.3 in both of his Arizona seasons, and was thought of as a lower-key piece of the trade. And he's the HOFer of the deal.

Max Scherzer's great for baseball. This shouldn't be disputed.

However, looking at the 2021 Nationals, I'm seeing some similar patterns to their 2019 squad, and they're not exactly wowing me. The top performers right now are people like Scherzer, Ryan Zimmerman, Josh Harrison, Yadiel Hernandez, Yan Gomes and Jon Lester. All of these people are over 30. If you'll recall, this was one of the chief strategies of the 2019 squad- getting older veterans to mix in with the kids and creating a strong core that way. It's not a long-lasting strategy, it's not a feasible way of creating a long-lasting franchise, but it works in short term. And if they wanna do that, fine. They're in third now, and they had a nice week that brought them here. But I worry about the overabundance of older players.

Not that the youth is doing badly, because they still have younger guys like Trea Turner, Juan Soto and Victor Robles doing well. But it's not the focus of the team. This team still has a very old median age to it, and it's very visible. Even the newer additions to help the team, like Josh Bell and Kyle Schwarber, skew older. Neither are hitting for average either.

So as good as Scherzer is doing, I worry about the sustainability and future of his Nationals. As everyone should.

Coming Tonight: An ace that has done the unthinkable- stay on the Detroit Tigers for SEVEN SEASONS.