The Return of Michael Kopech 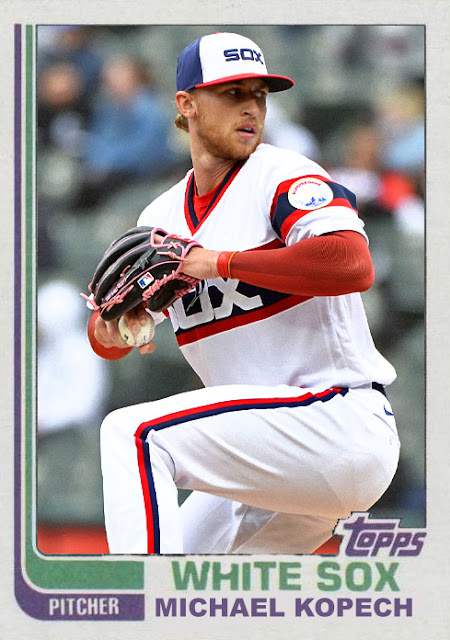 It's like something out of a sci-fi movie. Michael Kopech comes onto the scene in August 2018, the fresh-faced rookie looking to take on the world in Chicago, and 5 starts into his career he has an injury, needs immediate surgery, and doesn't get to pitch again for 3 years. When he gets back, the world is different, the team has moved on, and he has to cope with the fact that he needs to fulfill an entirely different role now.

And perhaps last season, Kopech would have been able to fight for a fifth starter spot, but...Carlos Rodon rightfully wowed the team out of camp, and the rotation of Giolito-Lynn-Keuchel-Cease-Rodon, which has been STELLAR so far, was set in stone. Meaning the comeback Kopech was hoping for would need to happen in the bullpen.

So far, Kopech has succeeded both in two starts and in 6 relief appearances. He also currently has 5 more strikeouts than Lance Lynn, despite Lynn playing in 5 more innings. And he has a higher WAR than Keuchel and Giolito combined. So...the Michael Kopech revolution is still happening, just not in the way we planned it. He's still an exceptional pitcher, and he's still younger than a lot of the rookies coming up this year [he's 3 years younger than Yermin Mercedes], and so even if right now the rotation is locked, he's still a great relief asset and a nice sixth option for whenever someone gets injured.

Speaking of injuries, that might be the big fear with this otherwise-great White Sox team. First Eloy Jimenez to start the season, now Luis Robert. This isn't good, even with Andrew Vaughn and Leury Garcia covering the outfield. This team does have enough momentum right now without them, thanks to the pitching, Mercedes, a surprisingly apt Yoan Moncada, and the usual suspects like Anderson, Abreu and Eaton. But those were some big pieces on the IL, and it'd be disappointing if anymore surging White Sox come and join them.

I still think the Sox can take the division. The pitching is there, with or without Kopech, and the lineup has enough to reckon with the rest of the league. I just hope the momentum stays.

Coming Tomorrow- On the other side of Chicago, their star 3rd baseman works on what might be his last season there.