Grish You Were Here 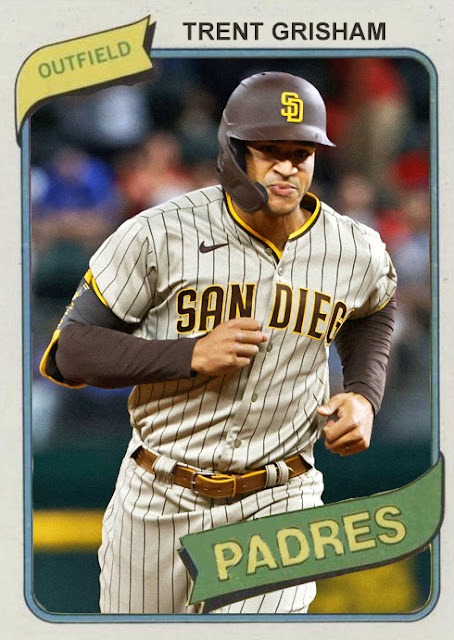 The Padres have had to combat a very surprising development this year, that being the Dodgers being booted from first, and have had to adjust. Instead of fighting to squeeze into first, they're fighting to hold onto second now that the Dodgers are coming back. And with most of their core injured, it's very difficult.

So let's at least examine who's still healthy AND consistent. And there's still a good amount of this Padres team. First of all, Trent Grisham is still very good, he's got the highest WAR on the team and can still hit for power admirably. Manny Machado, though not completely dominating the leagues as he was in April, is still hitting relatively well and leads the team in RBIs with 26. Jake Cronenworth, Victor Caratini and Austin Nola are all producing right now, and Nola had a really productive night recently. And the rotation of Darvish-Musgrove-Snell-Paddack-Lamet/Weathers is still pretty strong, though I still worry about Paddack's control and Lamet's health.

But what worries me about the lineup is that now they're bringing in a lot of clear replacements. We have guys like Brian O'Grady, Patrick Kivlehan, Tucuptia Marcano, Ha-Seong Kim and Ivan Castillo popping into the lineup and doing their best, and considering how ironclad and complete the 2020 lineup felt, it's slightly disheartening to see this lineup so diluted by injuries, and seeing this many no-names stepping up and trying to fit in there. That's not where I thought this team would be this year, and I really hope the injuries don't last very long and don't take away too much production from what could still be a playoff team.

I didn't want the 2020 Padres playoff run to be a mistaken harbinger. I hope it isn't one.