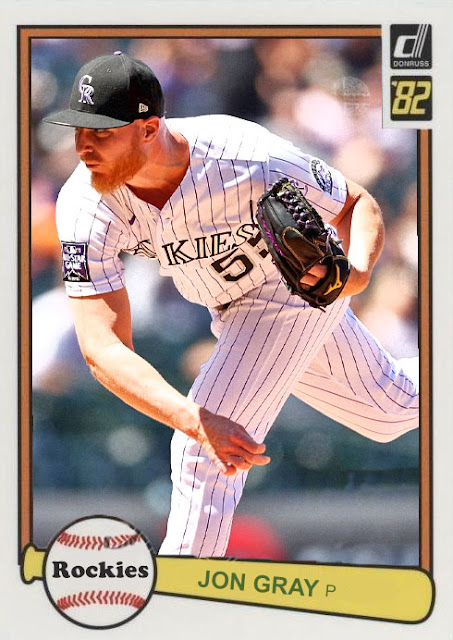 The Arizona Diamondbacks have lost 8 straight. So the Colorado Rockies aren't looking so bad anymore, are they?

Like Arizona, the Rockies have been betrayed by the majority of their core. Charlie Blackmon, Trevor Story, German Marquez and Antonio Senzatela are letting this team down right now, and while Story is beginning to pick up again, these numbers have sunk this team. So even if people like Raimel Tapia and Ryan McMahon have strong years, it's not a majority decision.

Heck, Jon Gray's having his best season in a while, with a 3.59 ERA and 4 wins [this looked more impressive 2 weeks ago]. After years of playing second banana to Freeland, Marquez and Senza, now Jon Gray is leading the rotation and drumming up Ks again. Suspiciously, Gray's contract with the Rockies is up after this year. Could it be that he's making it clear to opposing teams how much of an asset he could be as we head into peak trade season? Coincidentally, the guy picked directly in front of him in the 2013 draft is also drumming up trade buzz this year. But while Gray is not as big of a name as Kris Bryant, could he be a crucial piece to any team without elevated air quality?

Aside from that, not really much to talk about regarding these Rockies. I'm glad that we're reaching a point where McMahon, Tapia, Josh Fuentes and Yonathan Daza can inherit this team, but it will only stay steady for so long.