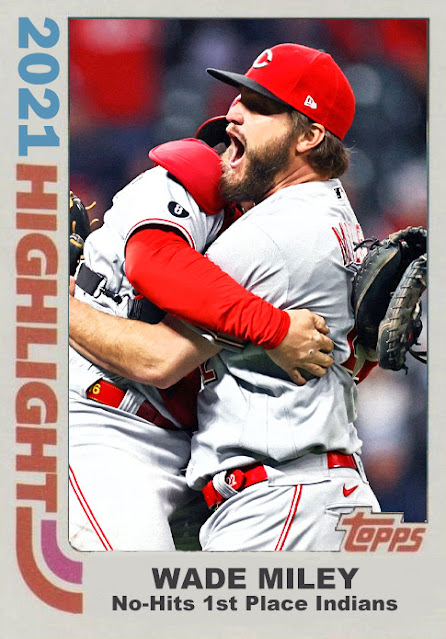 I swear, it's never usually this frequent.

Not only did Wade Miley squeak out a no-no against the surging Indians last night, but for 7 innings, Sean Manaea was working one against the Rays. Now, while Manaea's was less successful than Miley's, it's still wild that we have 5 no-hitters, or four and a half if you don't count MadBum's 7-inning one. It's also pretty cool that it happened to Wade Miley, one of those guys who bounces around, does his thing and doesn't really need the fame. He's a New Orleans guy [I met some family members of his on a cruise once], and he's a very serious, bare-bones pitcher, and it's nice that he's having a bounce-back season, let alone one featuring a no-hitter.