Pitching, and Not Much Else, in Milwaukee 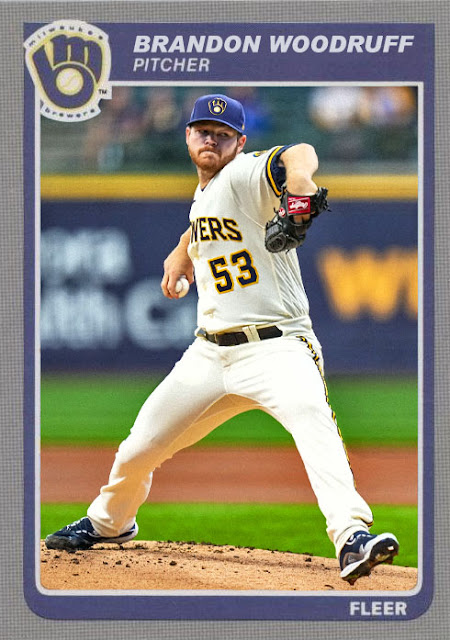 Three guys with more than 70 strikeouts. Three teams have achieved this stat. Two of them you could guess, the Dodgers and the Padres. The third...is the Milwaukee Brewers. And those three pitchers are Brandon Woodruff, Corbin Burnes and Freddy Peralta.

And the two standout pitchers, Woodruff and Burnes, aren't the ones with 83 Ks. That'd be Peralta, the guy you only realized just now has been a strikeout machine since his call-up in 2018.

While the Brewers have sunk to third recently, the pitching has stayed insanely consistent throughout. Woodruff has pulled ahead of Burnes, and has a 1.41 ERA over 10 starts, playing beautifully. Burnes and Peralta are also having great, K-heavy seasons. Adrian Houser's a pretty good fourth man, now that you mention it. Josh Hader's still one of the best closers in baseball, and has been lights-out so far this season. Brent Suter, Devin Williams, Brad Boxberger and Eric Lauer have been making up a skeleton crew of relievers, even without Feyereisen and Rasmussen, but they've been doing a nice job. Yes, a lot of this season will require waiting for people like Justin Topa to come back, but this pitching staff is insanely impressive, and still very good.

It's just...the rest of the team is improving, but not where the pitching is. Getting Willy Adames certainly helps, and he's been a massive upgrade at shortstop, and there have been standouts like Kolten Wong, Omar Narvaez and Avisail Garcia doing sharp work, but...there's still some holes. Yelich and Cain are trying to gain back some time, but neither are where they should be right now. Shaw, Hiura and Bradley are all under .200, which is a shame for Shaw given his awesome start. Nobody has double-digit homers [Garcia has 9]. This is no longer a contact-friendly team, and the fact that contact-friendlier teams like the Cubs and Cardinals have lapped them is telling.

I get the sense that the pieces are beginning to come together for the Brewers, and they're heading into some very easy series' so some ground could be regained easily, but...I still worry. I worry this team won't be as good as their pitching suggests. I hope I'm wrong.