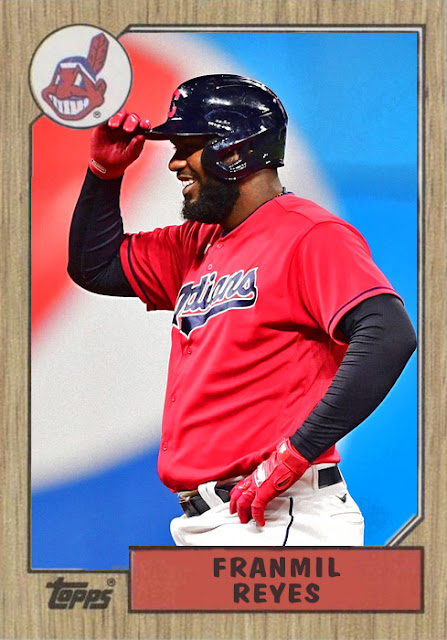 The Royals' feel-good come-up story has subsided for now. The real challenger to the White Sox has emerged, and quite clearly it is the Cleveland Indians. With a pitching staff like that, how could they not be?

I mean, yes, let's be clear, Shane Bieber is still an elite, league-wide talent and feasibly could win a second consecutive Cy Young award this year. I will not be shocked at all if that happens? We're only a month and a half in, but I can't think of many people who could challenge him. What, Gerrit Cole? John Means if he keeps it going? I just look at Shane Bieber right now and, even taking his last start into account, I don't see many pitchers better than him. It does help that Aaron Civale and Zach Plesac are also having great seasons next to him, and even if Triston McKenzie isn't the most dominant pitcher right now, he's still notched more strikeouts than any non-Bieber pitcher on the team. Plus, Emmanuel Clase is finally making a solid closer [HGHs and all], Karinchak and Shaw are still solid relief options, and Sam Hentges could be an intriguing fifth starter choice.

Right. The lineup is a bit less consistent.

Look, obviously Jose Ramirez is gonna do well. He's Jose Ramirez, I don't know how much time he has left in Cleveland, of course he's gonna do really well. Other than him, though? Woof. You at least have former Padres Franmil Reyes and Josh Naylor hitting somewhat for power and succeeding [Reyes has 10 homers], Eddie Rosario and Cesar Hernandez having some semblance of offensive production, and Harold Ramirez is a solid bench piece.

But a lot of this team is just coasting on its own goodwill. Both Mets acquisitions, Amed Rosario and Andres Gimenez, could be doing a lot better right now. Austin Hedges having to be the starting catcher in the wake of Roberto Perez' injury is just cruel, even if Rene Rivera is a decent backup this year. You still have people like Jordan Luplow and Yu Chang lurking around, trying to hit for average and failing. Three guys can't carry an entire lineup, guys, and I don't want them to.

This is a good team, for the record. And they could go very far. But if the rest of the lineup keeps being this ineffective, the AL Central might not even get a Wild Card team. I hate to see it, cause this Indians team has come alive recently...but they need more than this.

Coming Tonight: Speaking of teams that need more than 3 or 4 guys doing all the work, look at how this guy is absolutely lighting it up in Cincinnati.