For a Few Bucs More 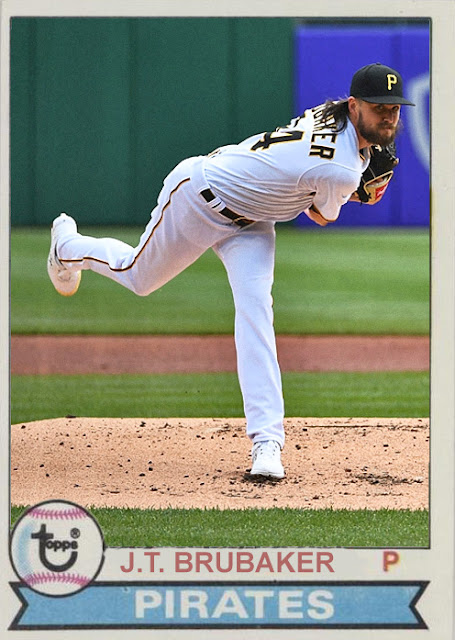 If you look at the week the Pirates had before, there's not a ton out of the ordinary. Won a series against Detroit, then took two from the Twins, and took a surprise win away from the surging Royals. They won a few, lost some, came out with a decent week...but at the same time, the Cardinals, Reds and Cubs all had AWFUL weeks, all sinking very low in the standings. Because the Pirates did alright for themselves, they made it to second, behind the Brewers.

Before you congratulate them, you should probably know that April 27th was the last time the Pirates won a game. They are now in last place once again, after a series against the Padres, which has pushed the once-third-place Padres back into the NL West race, despite nearly being no-hit by Tyler Anderson the other day.

So, despite a compelling week, back to business as usual for the Pirates, which means losing games and blowing opportunities.

Despite this, there are still some big pieces having nice seasons for the Buccos. J.T. Brubaker has taken his decent breakout year in 2020 and crafted a thrilling second act, with a 2.63 ERA and 30 Ks in his first 5 starts. Phillip Evans has taken a year where he was supposed to be a bench player and sprung into the starting third base position [thanks, Ke'Bryan], with some of the best offensive work on the team. Adam Frazier, Colin Moran, Bryan Reynolds and Jacob Stallings are all having seasonably strong years. And Richard Rodriguez, Tyler Anderson and a finally-healthy Kyle Crick are all having strong years as far as pitching is concerned.

But the rest of the team is so okay that everyone else just seems like either outliers or potential trade bait for contenders. Picking out a good player for the Pirates these days is a lot like pointing out someone to a sniper. It won't end well for anyone involved. And as we move further into what will clearly be a non-competitive year for the Pirates, it's gonna be hard for this entire team to stay together in order to ensure franchise improvement in the coming years. Remember, Ke'Bryan Hayes is supposed to be the forerunner for a new generation of strong Pirates teams, and him missing substantial playing time just...prolongs that further.

But still, having a solid ace in J.T. Brubaker is better than the 'every man for himself' pitching mentality of last year.