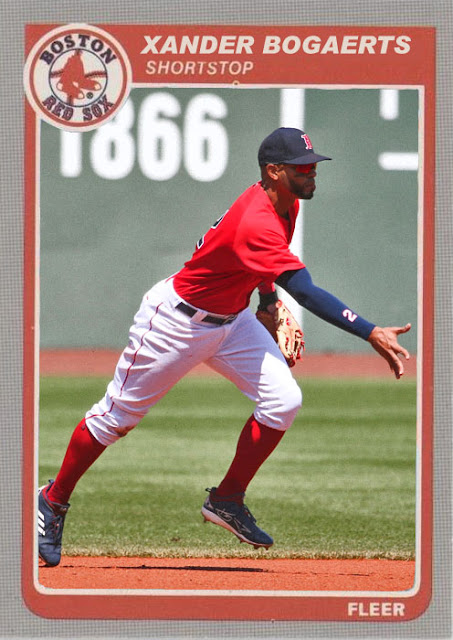 Red Sox are still in first. As I kinda thought they would be.

I mean, why should I be shocked that they fixed all the problems of the last two years by being healthy and stocking up on affordable contracts? 2020 they didn't have Alex Cora and sank, 2021 they have him again, plus a healthy rotation and some amazing contact performances, and they're in first.

The one difference, or at least the one stark difference, is the lack of Mookie Betts. But now they have a healthy, powerful Alex Verdugo in that position, so it's still even. They also have a marquee star again that can hit for contact, and that's because they've always had one in Xander Bogaerts. Now he doesn't have to share as much. He's hitting .346 with 26 RBIs and 55 hits, and now he's even more valuable than J.D. Martinez, home-run-master that he is. The Sox are smartly designing the team around Bogaerts, and going for more contact work than full power, which is a good idea. Devers has 34 RBIs and is hitting .276, which is better than his recent all-power-no-average work. Verdugo is definitely still a contact hitter.

The rotation, while all still healthy, has gone down a few pegs since last time I talked about this team. E-Rod and Eovaldi have slipped a little in the ERA category, and Martin Perez is the only starter that hasn't won 4 games yet, but...Pivetta's 5-0 and surging, Richards has rebounded from a shaky start, and they're all still pretty much on the right track. Barnes is still a solid closer, Ottavino's still a solid setup, this team still works.

Only problem is the rest of the division is beginning to catch up. Altogether almost, the Rays, Blue Jays and Yankees are all creeping up in the standings, and pretty soon it's going to be a 4-team war for first. The Sox are still good, but every time they lose a game or two, things even out a smidge. And very soon, the Red Sox are going to need to fight to stay on top in real time. It may not happen immediately, but it could happen by the end of the month. Then, I'll be able to say, with certainty, whether or not the Sox are really in it this year.