Is Salvador Perez Just 'Pretty Good', or a Legend? 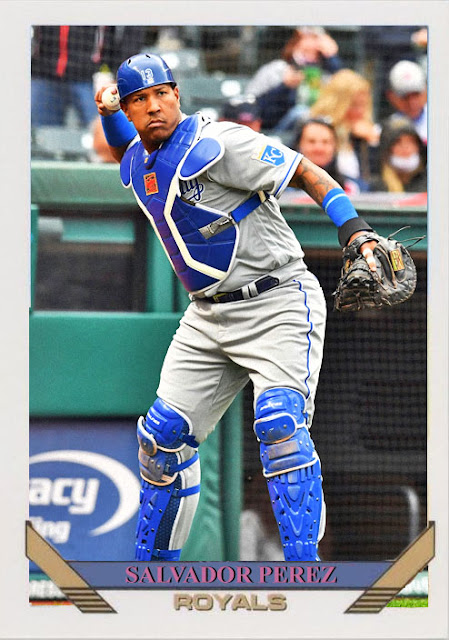 The one thing that a lot of major league catchers don't have going for them right now is consistency.

Of the 30 MLB starting catchers right now, 8 have been a starting catcher full time for the last 5 or more years. Aside from the big two, Posey and Molina, you have names like Willson Contreras, Yan Gomes, Yasmani Grandal, Tucker Barnhart and J.T. Realmuto, and...yes, the subject of this post. But outside of those 8, you have people like Wilson Ramos, Gary Sanchez, Travis d'Arnaud, and Mike Zunino, guys who had to bobble back and forth in order to take the starting position. And then you have career backups like Omar Narvaez, Martin Maldonado, Roberto Perez and Christian Vazquez, who only became trusted starters very, very recently.

So, it does help to have a consistent catcher for a long period of time who can always be trusted to be good defensively and offensively. And Salvador Perez, barring the 2019 injury, has been that for the Royals.

Just to give you an idea- Perez is a 6-time All-Star. Same number as Buster Posey. A few less than Yadier Molina. But Perez is rare in that he's almost always a starting catcher for the AL. Pretty much every year from 2014 til 2018, he was the starting catcher for the AL. It was just a thing that happened. And in that period, Perez averaged 23 homers and 73 RBIs a year, which is a decent run for a catcher known more for contact than power. And while Perez has only amassed 25.7 WAR, which is a decent total by 31 but not exactly befitting of a Hall of Fame career, you can definitely say he's been one of the best catchers of the modern era.

Regardless of the Royals' downturn, Salvador Perez has been one of the constants of this team. He's still playing really well, with a .277 average and 29 RBIs, and he leads the team in WAR with 1.4. Having Perez, Danny Duffy and Whit Merrifield still doing well for this team even after everyone's left is at least a good piece, as are the newcomers like Kris Bubic, Carlos Santana and Andrew Benintendi. The Royals have sort of fallen off since the April come-up, but still have enough of a decent team where they could theoretically still compete. It may be for a wild card spot, but it still could happen.

And heck, if Salvador Perez could make the playoffs one more time as a Royal, that'd definitely be something.

Coming Tonight: I started the season saying Corbin Burnes was a favorite for the Cy Young, but his teammate may have lapped him.