Triumph of the Grande Box: The Diamondbacks 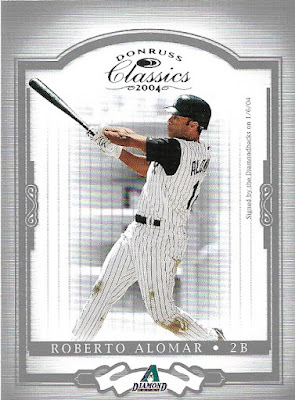 I claimed the Diamondbacks in Nachos Grande's Breakers Clubs once or twice for a few reasons. One, they were cheap. Two, Randy Johnson cards.

So really, anything else in there would be a nice perk. And there were some, deep within the mega-box Chris sent me from the last few breakers clubs. For instance, a rare Roberto Alomar Diamondbacks issue...which technically counts as a White Sox issue, cause that's who he's pictured with. 2004 Donruss Classics also did this with Gary Sheffield. Pictured with Atlanta, credited as a Yankee. Sure. 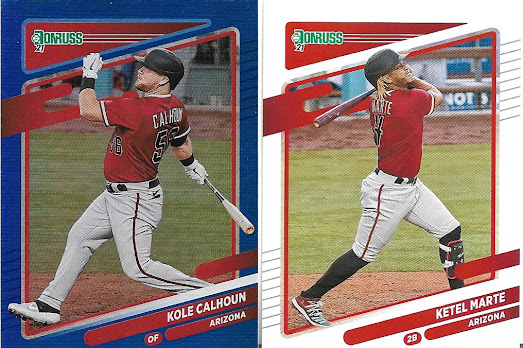 There were a few current D-Backs in there, including this blue parallel of Kole Calhoun from this year's Donruss.

The rookie du jour for card companies this year seems to be Daulton Varsho, who hasn't done much catching this year for Phoenix, though he has been having a decent enough rookie season. Also got his Heritage rookie, also featuring Ryan Jeffers and Joey Bart. 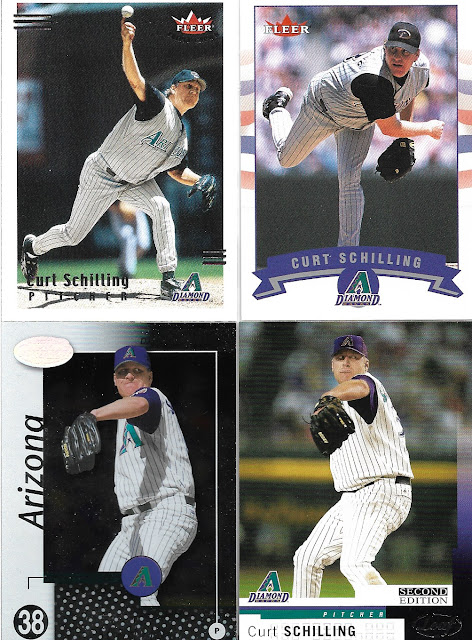 While he wasn't my preferred 00's D-Backs hurler, I'm not gonna turn away Curt Schilling cards. He may be an ass, but he did have a great career. This at least shows off the range of products featured in these breaks, from 2002 Fleer and Fleer Triple Crown to 2004 Leaf to 2002 Leaf Certified. 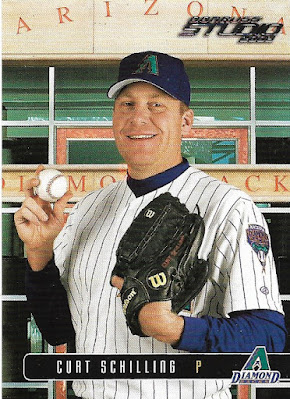 My favorite of these. Again, 2003 Studio is an awesome set. 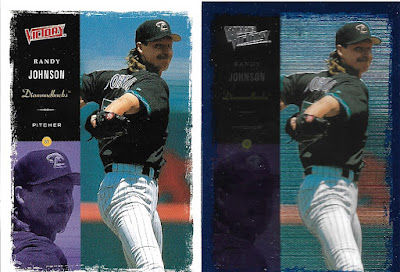 But, of course, there were some Big Units to be found. These are from 2000 Victory and Ultimate Victory respectively. 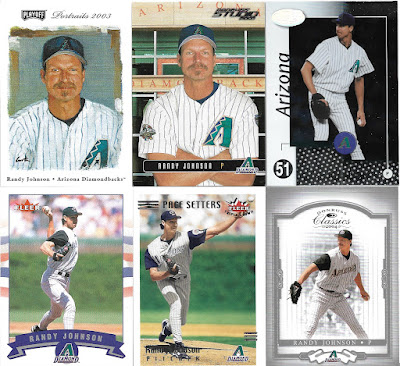 Yes...there were a lot of nice peak Randy Johnson cards here, almost all of which were new to me. These are all just really cool. 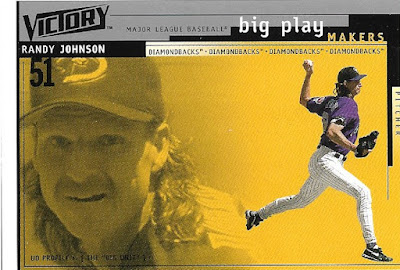 There were also some nice out of the ordinary issues for Johnson, like this 2000 Victory Big Play Makers subset, which at least looks really striking. 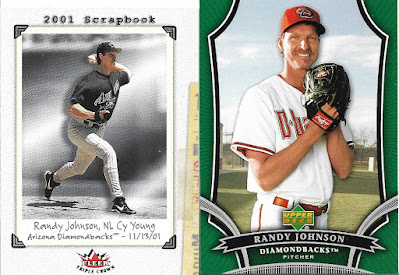 Some more amusing insert types. The one on the left is from 2002 Triple Crown, a 2002 Scrapbook insert. The one on the right is from 2007 Upper Deck Holiday Inn, a set only issued by the hotel chain, with its own surprisingly expansive base set, and a lot of Cal Ripken cards. 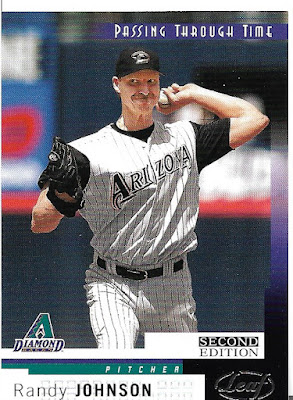 This one, from 2004 Fleer, resembles a normal base card, but it's really a Passing Through Time insert. Turn it over... 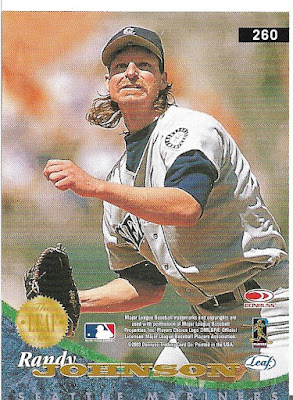 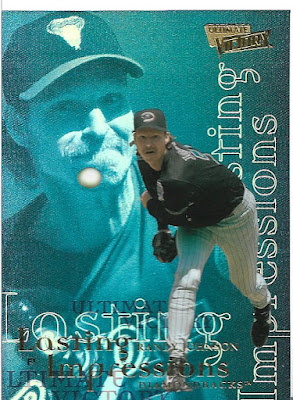 And we end with a Lasting Impressions insert from 2000 Ultimate Victory, looking very much like 2006 Flair Showcase, put out by...Upper Deck. Hmmmm... Still, a very cool insert.

Tomorrow, I'll cover one of the other teams I claimed.