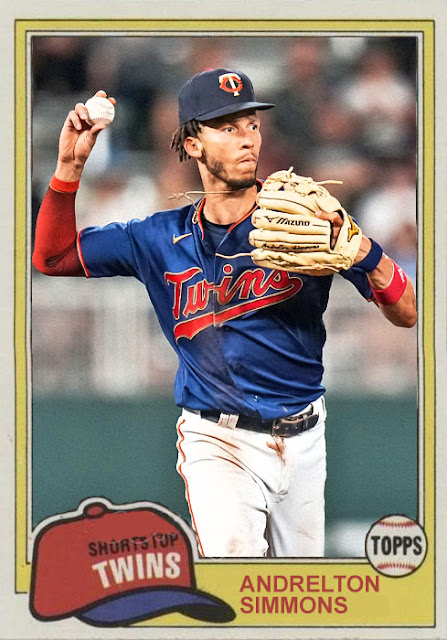 Andrelton Simmons and Josh Donaldson in the Twins lineup. Worked a lot better in concept than in practice.

Donaldson has been decent this year, but we may have finally reached the end of Simmons' peak years. His defense is still pretty damn good, and he's an upgrade at shortstop for Minnesota, but...his batting numbers are still a weak point. He's hitting .223 with 30 RBIs, not exactly a very showy year for him. When compared to people like Jorge Polanco, Byron Buxton and Luis Arraez, who ARE doing well, it stands out more. And even if it is a one-year deal, it's a year that doesn't look very good when it ends up being a last place year for the Twins.

I feel like this was avoidable. Not Buxton getting injured, not Maeda slumping, not the kids tanking. This was a competitor last year, and the pieces were still in place for it. Jorge Polanco, Byron Buxton, Max Kepler, Mitch Garver and Taylor Rogers are still where they were before, their quality hasn't exactly changed. But readying the other pieces of this team and ensuring that it all fit together, that could have been avoided. Nick Gordon so far has been the only younger player who's really made it work in the majors this year, though Joe Ryan, through 3 starts, has been promising. There's still no room for Willians Astudillo, and he's beginning to leave his prime years. The rotation is coming down to people like Bailey Ober and Griffin Jax who just don't have it yet.

The confidence and power this team had last year is gone, even if the big pieces of it haven't all left.

I imagine some pieces of the old guard are gonna be cleared this offseason. Maybe some bigger ones, like Buxton and Garver, will stick around, but I do think this team is gonna tank again and focus on rebuilding a contender, no matter how long that takes. And honestly, other than maybe Ryan, I don't know how many of this new youth movement is gonna make it to that.

As for Simmons...eh...maybe head to a low-market team, see if that works?

Coming Tomorrow- Some guy with a beard from Pittsburgh.