Anything Left in the Tank? 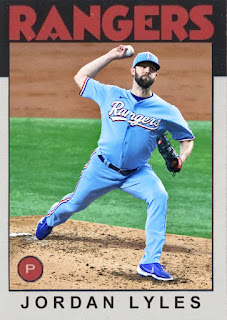 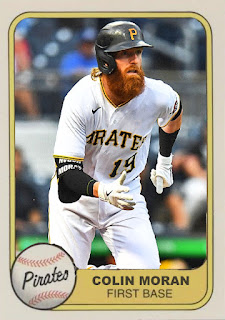 Two weeks to the end of the season and it's become very clear which teams have nothing to do for the next few weeks, and the Rangers and Pirates are among them. So let's see what's left for them to do.

The Rangers made a very big move yesterday, in DFAing Kohei Arihara. At the beginning of the season, the acquisition of Arihara marked the Rangers putting themselves back into the ring as a potential contender, trying to rebuild their pitching and go for a smaller-rate, more homegrown success. However, Arihara struggled in the US, got injured trying to match US velocity rates, and was outdone even by Mike Foltynewicz. So, he was cut, and who knows where he'll end up next, if anywhere.

The Rangers are playing the second-raters. Andy Ibanez, Jason Martin, DJ Peters, Spencer Howard...all sort of playing decent roles for the Rangers. A lot of them netted in trades, and Howard the biggest one, proving that it wasn't Philly that was the problem. AJ Alexy and Glenn Otto's early dominance hasn't exactly lasted, and Otto has had some rough starts as of late, but I still see them being big pieces next year. Not sure how much better they'll be next year than 2021, but...I'll allow them to make something of it.

As for the Pirates...I mean, it must have been easier for them because they didn't have a huge free agent signing, or the hopes of getting anywhere higher than 5th. Look, the Brewers, Cubs, Cardinals and Reds all started the season making a push, so it was never gonna be the Pirates anyway. The fact that they had two all stars, even if one of them left for San Diego, is an accomplishment. But...regardless of Reynolds, Frazier, Bednar and Stallings, the Pirates still were kind of a mess this year.

This team has been a continued home for low-rent fringe players and small free agents, and people like Ben Gamel, Colin Moran, Philip Evans, Wilmer Difo, Yoshi Tsutsugo, Dillon Peters and Bryse Wilson have thrived here. You're also beginning to see some of the prospects beginning to come out of the woodwork. Max Kranick has had a few really nice starts in between the malaise. Rodolfo Castro has made a case for 2022, even if his offensive numbers don't show it yet. Keller and Hayes have big roles. If things go a little better in the next few years, you never know how quickly this team could crawl back.

I do think the Rangers have more pieces ready now than the Pirates, and have a chance at competing sooner. But I'd love to be proven wrong.

Coming Tonight: A rookie starter for the best team in the AL. How weird is that sentence?