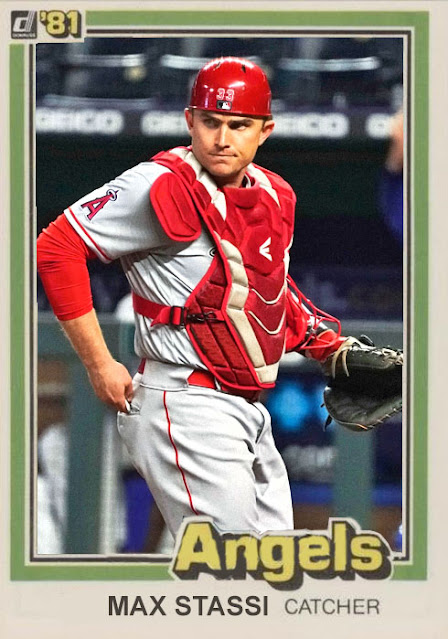 I really wish it wasn't consistently like this for the Angels. The Angels have great players, like David Fletcher, Max Stassi, Patrick Sandoval and Raisel Iglesias, cooking up great seasons and doing their best. But the bulk of the team is people like Justin Upton, Dylan Bundy, Alex Cobb, Jose Iglesias and Kurt Suzuki, people who were once great, and were signed with the promise of continuing to be great, but just have been underwhelming. Justin Upton hasn't been remotely good since 2017, and I just feel bad for the Angels. They locked him up thinking he'd still have his D-Backs/Tigers era power, and he just doesn't.

They're also just completely riddled with injuries, especially to the rotation. They're now down to starting holdovers like Jaime Barria and Jose Suarez, as well as oddballs like Packy Naughton [who I still thinks sounds like an Australian euphemism for male genitalia]. They've got a month left to go and their only opening day starter left is Shohei Ohtani. The guy that you really shouldn't rely on solely as a pitcher.

And look, it's very nice that the Angels have the MVP again this year. I love that for them. Shohei Ohtani is having one of the best seasons anybody's had in a while, and he's becoming an Angels legend before our eyes. Next season, you hope that not only will he repeat the heights of 2021, but Trout will be back and still at peak level, but even then you have to rely on a lot of other people, a lot of whom were trusted this year and didn't come through. Sandoval, Canning, Rendon and Cobb will be healthy next year, but will they be good? Is Dylan Bundy just cooked? Is Anthony Rendon's elite era over? Will these guys ever compete with Ohtani and Trout as team leaders?

It's exhausting. I hate that it's this bleak. I hate that these guys can never put it together. There's so much talent here, so much potential...but a lot of it is just that. Potential. The only ones living up to it are Trout and Ohtani. So at least they have them.

Coming Tomorrow- Member of a rotation that's still pretty intact, but feels miles away from where it used to be.