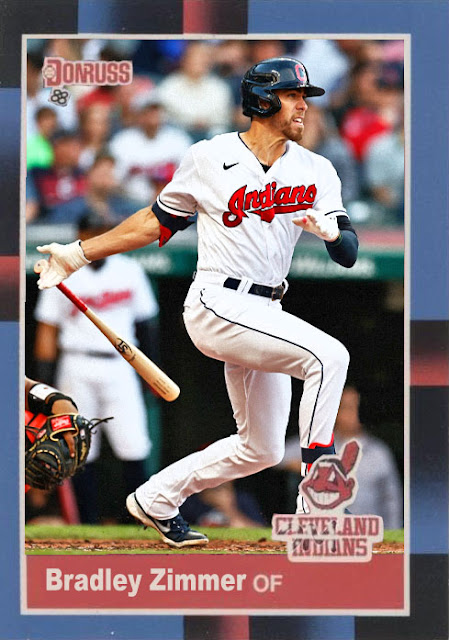 As the most forgettable Cleveland Indians season in recent memory comes to a close, it's very interesting to think about where this team ended up vs. where it started just 6 months ago.

The beginning of the season, there was still hope, and the roster was packed with people like Eddie Rosario, Amed Rosario and Cesar Hernandez, and the odds were saying that Andres Gimenez and Josh Naylor would have huge seasons and Shane Bieber would repeat as Cy Young champion and...oh god it all just fell apart.

Even with Civale back, and thank the gods he's doing well, the rotation is...while good, not quite the same. Quantrill, Plesac, Civale and McKenzie have all turned in good seasons, but Plesac and Civale were limited by injuries and McKenzie took FOREVER to figure out the strike zone. Thankfully he's great now, and thankfully he's got a nice chance of lapping Bieber for strikeout leader, but...imagine what this team would have been with Bieber, and with Civale and Plesac healthy for those months. That string of injuries ruined this team, and took away any chance of someone catching the White Sox.

Even worse, the outfield completely corroded, with Naylor getting sidelined due to a nasty injury, Jordan Luplow getting traded to Tampa [along with one of the two DJ Johnsons in Cleveland], and Rosario getting dealt to now-contender the Braves. Meaning the outfield had become...Harold Ramirez, whose June numbers would not last, Oscar Mercado, who still hasn't lived up to his rookie season, and Bradley Zimmer, who's actually doing pretty alright. Zimmer's having his best season since his own come-up, with 29 RBIs in 80 games, and he's providing a bit more security than a lot of Cleveland outfielders have this year. Myles Straw, at the very least, is springing in and having some nice contact numbers, but I don't know if the Indians are gonna wanna trust him next year vs. all these homegrown options. Maybe they will, considering he's actually approaching .300, which next to nobody on this team is, but...I'm not even sure.

Whatever the Guardians look like in 2022, I sincerely hope they have more stability and durability than they did this year. If not...looks like the rebuild is gonna happen sooner than we all thought.

Coming Tomorrow- Ironically a former Indians outfielder, who may have the single streakiest season of anybody in the leagues this year.