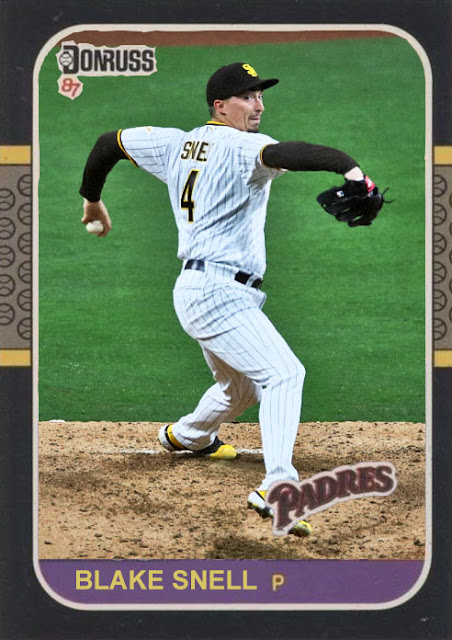 It's looking like the last NL Wild Card spot is going to come down to the Reds and the Padres. Two teams that made the playoffs last year. One got extremely far and went toe-to-toe with the Dodgers, only losing by a slim margin. The other didn't last long at all but still made themselves known.

And while the Cardinals and Phillies could still find themselves in there...the Padres still have the best case of anybody to take on the Dodgers, I think. Unlike the Reds, Phillies and Cardinals, I do see the Padres beating the Dodgers in a one-game playoff. Pitch Joe Musgrove, Yu Darvish or Blake Snell and see what happens.

I just look at this lineup, and it still feels like a playoff team. Machado, Tatis, Cronenworth, Hosmer, Grisham, Kim and Pham are all having excellent seasons. Tatis has even gotten over an injury and a position change and he's still playing really well. Frazier and Marisnick haven't been perfect but still have had some nice moments. There's amazing power numbers AND contact numbers. This is a team that can do so many things without being even the top team in the division.

I do worry about the second half downturn of people like Yu Darvish, Ryan Weathers or Dinelson Lamet, and the fact that...as of right now, the Padres' rotation isn't as strong as it has been all year. And the lower ERAs are the result of the sort of slope the team has taken since the end of the first half. On the other side, Blake Snell has improved greatly in the second half, has had some very nice starts, including a near-hitless outing that was fouled up by the bullpen, and is looking more like his Tampa self as we go on. Snell could be a huge player in a playoff scenario, as could Darvish and Musgrove.

It just takes holding onto this stretch, fending off the Reds, and proving that they have what it takes to take on the Dodgers. Because it's a game that both everyone wants to play and no one wants to play, because for most teams it's a definite loss. But the Padres have enough to convince me that they can overthrow the alpha and take it further. It's not definite, but they have a chance, in my eyes.

Coming Tonight: An outfielder fighting to join his older brother in the playoffs.