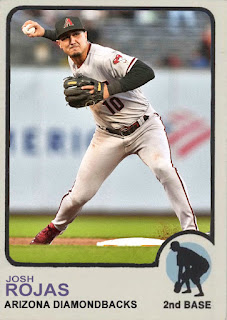 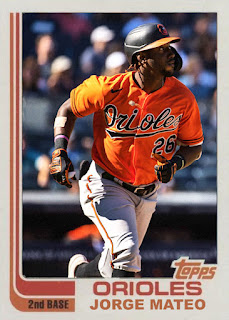 The Orioles and the Diamondbacks lost their 100th game on the same day, being yesterday. So neither of them really beat the other to the marker, even if the Orioles technically finished their game first. But...I think it's very fitting that these two tie for the 100 loss milestone. They're not even good enough to lose separately.

The Diamondbacks's plight may have been the most surprising. People expected them to be bad, but not THIS bad. From May 15th to the All Star break, they won 8 games in total. May 2nd was their last moment over .500, and the entire downhill slide afterwards was painful, taking great pitchers like Zac Gallen and Merrill Kelly and resorting them to 10-loss seasons with even the highlights looking kinda thin. It's unclear who had it worse, the team heroes who were able to get out, like Asdrubal Cabrera and Eduardo Escobar, or the players who looked like they were getting out but couldn't, like David Peralta and Kole Calhoun.

Maybe with a better team, the younger stars would have made more of a statement. Josh Rojas, Taylor Widener, Daulton Varsho and Pavin Smith got a lot of much needed playing time this year, but none of them especially had league-wide great seasons. They were all great for Phoenix. Rojas hit .270, yes, but right now he has one more strikeout than he does hits, which is a very slippery slope for a contact guy to walk. And yes, Bumgarner, Kelly and Gallen are still great pitchers with stuff left in the tank this year, but without a good lineup and bullpen, it doesn't mean anything.

The Orioles, though, do have a league-wide standout on their team- two of them, in fact. They have Cedric Mullins and John Means. Mullins is one of the best outfielders in baseball right now, is batting .300, and is finally delivering on the promises made when he was called up to help recover from Machado's trade. Means was injured for a bit but has still crafted another solid season, with a 3.41 ERA and 118 Ks in 23 starts. These two are great pieces, and they could either be the centerpiece of a future competitive Orioles squad, or they could be pawned for prospects in 2 years. But they're both valuable pieces, especially if they keep up the excellent work.

The rest of the team is basically nothing. You have young players like Ryan Mountcastle, Luis Urias and Austin Hays that are providing decent stats, but they're all kinda one-dimensional. Jorge Mateo, who is yet another player who got injured right after I made the bleeding custom, provided some nice infield depth, and some good contact numbers, but still hasn't found his niche after failing in both the Yankees, A's and Padres organizations. Trey Mancini is a great power bat but his second half is nowhere near as strong as his first half. And the starting pitching is practically nonexistent right now, with barely anyone that feels like a confident carry-over for 2021 other than Means and maybe Chris Ellis.

Of the two, I expect Arizona to be the more improved team next year, solely because they're putting some pieces in place, including Seth Beer, that could yield a better run in 2022. I could be very wrong, and 2022 could be the Rutschman saves the day year for Baltimore, but from right now, I see the D-Backs getting to 100 later.