The Way of the Soto 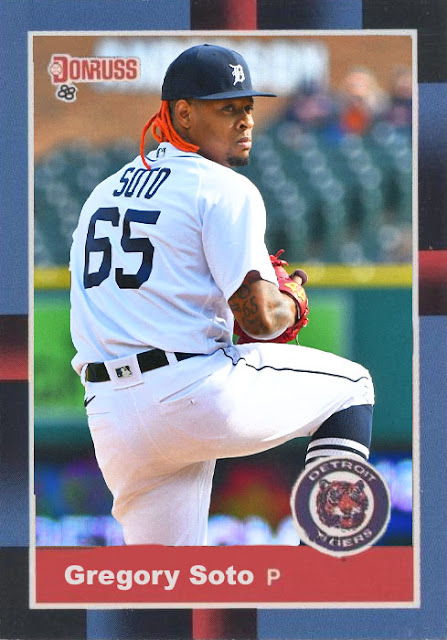 In a week where a lot of third place teams are sprinting into the wild card race, the Detroit Tigers......also exist.

Look, even if the Tigers don't finish the season above .500, which they won't, they have enough to be happy with for this season. Barring catastrophe, they're going to finish higher in the standings than the Twins and Royals, two teams that, at different points in the season, were sought to compete. They also have a lot more future pieces in place than in years past, with Casey Mize, Jonathan Schoop, Gregory Soto and Jeimer Candelario looking like keepers for a bit.

Plus, they also have some inexplicably odd stats here lurking about. Like, uh...Miguel Cabrera having an incredible consecutive hit streak, even in the midst of his low-WAR era. You've got windows into the past like Drew Hutchison, Dustin Garneau and Wily Peralta, with only the latter making a decent impact into this season. You have Casey Mize having a beautiful season yet only averaging 4 Ks per start. Things are working in very weird ways, but maybe not sustainable ones.

Like you see a lot of people on this team like Niko Goodrum, Willi Castro and Michael Fulmer who are all formative members but may not have what it takes to make it to the competitive version of this team? Fulmer has flirted with being good this year, but I feel as though the search for numbers comparable to his first two seasons is over. And if the Tigers are going to figure out how to compete relatively soon, and just prepare for the eventual call-up of Riley Greene, they need to be okay with some players on this team not making the leap. Even some of these newer utility guys, like Harold Castro and Victor Reyes, haven't completely proved themselves.