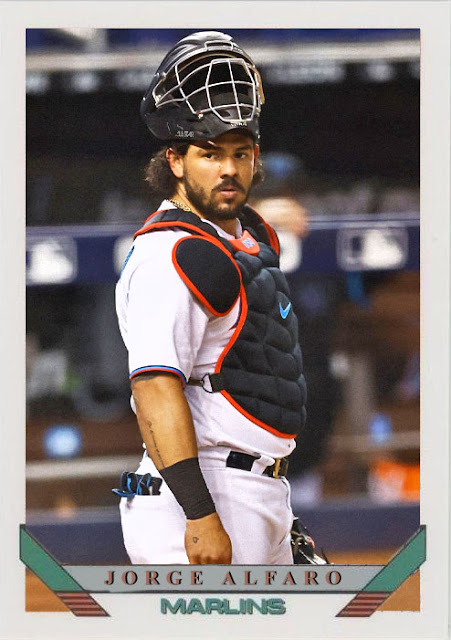 It's very simple. Sixto Sanchez made the Marlins a contender last year. A season without them made them bottom feeders once more.

It's honestly kind of depressing. You'd think that brilliant seasons from young players like Zach Thompson, Sandy Alcantara, Trevor Rogers and Jazz Chisholm would make them more of a factor, but it really didn't. The whole season they were sort of bobbing between 4th and last along with the Nationals. Even teams like the Phillies and Mets had more going on than them. Which is kinda sad considering the playoff run last year.

Looking at the backbone of this team, I'm honestly kind of saddened. Brian Anderson, Lewis Brinson, Jorge Alfaro, Jon Berti, Garrett Cooper and Magneuris Sierra, who all were crucial pieces in 2020, all had disappointing seasons. Anderson looked damn near elite last year, and this season he's not even batting .250. A lot of the people who looked like they'd have big roles this year, like Isan Diaz, Monte Harrison, Nick Niedert and Braxton Garrett, either succumbed to bad luck or struggled. And even when there are people like Pablo Lopez, Miguel Rojas and Sandy Alcantara doing well and performing to standard, it doesn't mean as much when the rest of the team is letting you down. A lot of this team felt workable and foundational last year, and now I worry that this team is gonna have to start over again at a lot of positions.

The good news is that Jesus Sanchez has hit 10 homers in 50 games, Bryan de la Cruz has a .336 average in 41 games, and Edward Cabrera is only 23 and can work out his struggles this year over time. But while this is a very young and controllable team, the biggest piece, Miguel Rojas, has an option that may or may not be picked up after this season. If he goes, yes the team will be fine, but the struggle will be finding another person on this team who can carry the lineup like Rojas did without getting hurt or cold too easily. And that may not come easily. Maybe it'll be someone as easy as Brian Anderson or Jesus Sanchez, but...I'm not certain about either of those guys yet.

We're very close to being back at square one with this Marlins team again. And I hate that. But this is the risk you run.

Coming Tonight: I'm giving this guy a custom cause he's been injured most of the year, but he's healthy now and has only played amazingly this year.