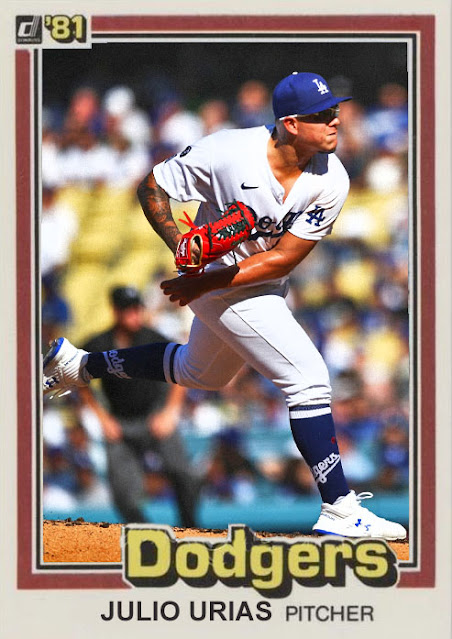 This folks, is why you're patient with rookies when you call them up pre-22.

The Dodgers have been very lucky with their youth movement. Just when Bauer got suspended and Kershaw got hurt, Urias comes forward and becomes the ace they've always wanted him to be, right next to Walker Buehler, who's also having an awesome season. The absolute scariness of a Kershaw-Scherzer-Buehler-Urias combination for the playoffs, even without proposed factors like David Price and Trevor Bauer, proves that the Dodgers, even if they're not currently ahead of the NL West, are still one of the most important teams in the game.

And look, these teams have seen insane combinations in the rotation before. Greinke-Kershaw. Ryu-Maeda-Buehler. Now this one. It's really just a testament to how well-run the organization, and how it's not as monolithic as the Yankees where nobody wants to play there. You hear a lot of 'no Yankees or Phillies' in free agency searches, but not a lot of 'no Dodgers'. They win every year, you've got a chance at a ring, the best are waiting. Of course people wanna play there. Of course Mookie Betts wants to retire a Dodger.

Right now, the Dodgers have Scherzer on a roll, Trea Turner hitting .307 with 39 hits in 32 games, Albert Pujols as a very effective bench bat who will DEFINITELY make the playoff roster [I really hope I'm not wrong here], Kenley Jansen notching his 7th 30 save season [and his 1000th strikeout], and Muncy, Turner, Taylor and Betts ruling this team. Even for a team that's looking primarily at a wild card spot, those are tremendous odds, and some insanely huge pieces to work with.

I'm assuming the Dodgers will wind up in a division series, considering everything they have going for them. If not, then...man would that be anticlimactic. All this energy, all this upward momentum for nothing? What are we, the Yankees?

Coming Tonight: One of the best relief pieces in the league...and, of course, it's one the Yankees gave up.