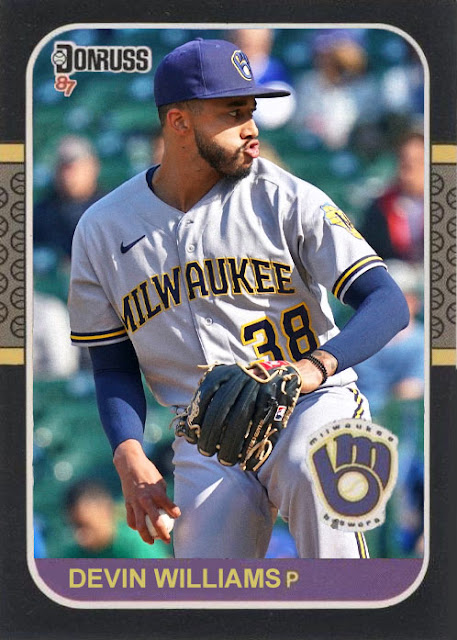 I think the Milwaukee Brewers have been underestimated when looking at the playoff race. For one thing, being blanked by Zack Wheeler certainly sends you down a peg.

But also, for the majority of the season this season has been without the better numbers of Lorenzo Cain and Christian Yelich, two of the biggest offensive pieces on the team, and the center of the lineup since Ryan Braun's departure. And even though the team has sported great seasons from Omar Narvaez, Kolten Wong, Avisail Garcia, Willy Adames and Luis Urias, the fact that Yelich isn't really coming forward as a hot offensive piece until around here is a concerning aspect. To be frank, Yelich hasn't been the same since the injury at the end of the 2019 season, and the Brewers have to cope with the fact that he might not be THE guy for them anymore.

What has kept the Brewers contending for this long, of course, is the pitching. Corbin Burnes, Brandon Woodruff, Freddy Peralta, Eric Lauer, Adrian Houser...that is a scary good rotation. Lauer and Houser have caught up and have had some very nice games. Lauer has made up for his weak 2020, and has a 3.43 ERA in 15 starts. Houser has a 3.41 ERA in 22 starts. And then you have the other 3, who will make up a truly horrifying NLDS for whoever has to play them, now looking like the Braves [or whoever wins the NL East, hell maybe it'll be the Phils so Wheeler can stymie them again].

The bullpen, though, has been equally strong. Hader's the crowd-pleaser, but is no one talking about the fact that Devin Williams is having an equally strong sophomore season? 78 Ks, a 2.70 ERA, similar dominance to his rookie season. What I'm getting is that Williams has staying power, and that he might be having a number of really good seasons to follow his 2020. But also, Brent Suter, Brad Boxberger, Hunter Strickland and Jake Cousins are all having excellent seasons. I'm glad that Strickland finally found somewhere to stick around this year. Still confused as to why he had to leave Tampa.

So for the Brewers to get a leg up on the competition, they're gonna need to prove that their hitting is as good as their pitching. If the Phillies' pitching is the victor during this series, then it'll be an indicator of how future playoff series might go. But if they can get past more than just Aaron Nola, maybe they'll be able to get past some even bigger guns.

Coming Tonight: Another one of the many young pitchers to come out of Houston.