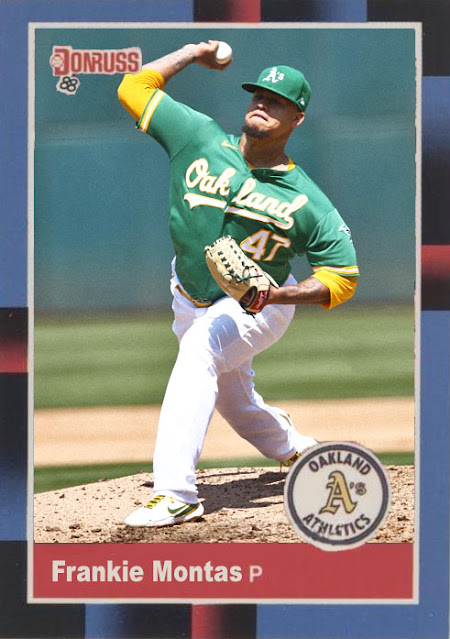 Yeah, second Broadway-related post title in a row. I sincerely hope this isn't a trend.

One hell of a thud to end what looked like a promising A's season. The power and the promise was there. Matt Olson was hitting like hell, the deadline acquisitions were successes across the board, and the rotation of Chris Bassitt, Sean Manaea, Frankie Montas, James Kaprielian and Cole Irvin was all pretty excellent.

And then...the AL East guys conquered the wild card spots, the Mariners lapped them, and they were out of the race faster than you could say 'Vimael Machin'.

It's very disheartening, because this was a team that seemed so powerful last postseason, and could have been a contender if they hadn't been stopped by the Astros. And once again, the Astros lapping them in the standings caused their eventual undoing. Time and time again, the A's try to be better than the Astros by being a lot more fun, versatile and clutch, but the Astros are the more well-built organization, with more years of buildup, and with more exhaustive measures being put into place to extend the competitive years' runtime. We all thought Dusty Baker coming onboard would make this team lose more playoff games, when in reality they just win more and just lose the ALCS anyway because...they're sort of self-aware.

Meanwhile, the A's have had Bob Melvin for a decade, have been building this team since 2016, have been a playoff contender, even in wild card form, for the last three seasons, and are missing out on the playoffs because, quite honestly, they just weren't good enough. They couldn't win Astros' series, they couldn't win series' against other contenders, they couldn't win Mariners series' by the end, and that initial winless run that started the season out doomed them, in a sense. Yes, they were leading the AL West for a few months, but they weren't built well enough this year to win the West. Even bringing back Jed Lowrie, Mike Fiers and Khris Davis led to diminishing returns.

So for 2022, where the A's, Astros, Angels AND NOW MARINERS will all be expected to compete, there is a chance that the A's will play like the Cubs and slowly slide out of the spotlight and start selling. It's a very sad thought, especially considering their run as buyers this season, but it could happen if next year's team is more disappointing than this year's.

Coming Tomorrow- He left a sinking 5th place team to compete. And...for a number of reasons, he will be  missing out on the playoffs regardless.