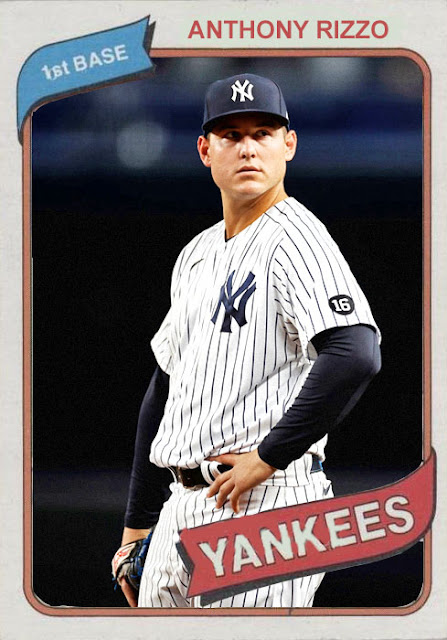 The AL East picture has changed about a dozen times over the course of the season. First the Red Sox were the alpha, then it was the Rays, then the Yankees ruled the Wild Card race, then they fell apart and the Blue Jays fought back.

And now...we're looking at a Yanks-Sox wild card game, in order who decides who gets to play Tampa. Somehow, it just feels fitting. I was talking to my uncle last night, he's a Boston sports guy who hasn't forgiven the Sox for trading Betts, so he's not as attached to the team as he used to be. And the whole season's looking towards both our teams playing each other for a piece of the playoffs, and we've both sort of amicably come to terms with it. No more flashy jerkiness, like when his Patriots played my Phillies in the Super Bowl. Just...'however it goes, it goes'.

And that's kinda where we're at. I do like this Yankees team, and I like how good they've been at their peaks this year, but I can admit that they're not the titans they should have been this season. Gleyber's been imperfect, Sanchez still can't hit for average, Gallo's been amazing source of power with, as per usual, no contact abilities, and as good as Stanton is right now, it took him a while to get back there. We've also had a much shakier pitching staff than we figured, with Kluber being a bit less consistent than in the first half, Taillon petering off before the injury, and Heaney completely imploding upon arrival here. I know the team's being very careful with Severino since his return, but a start from him would be a step in the right direction.

The Sox, meanwhile, have a pretty awesome pitching schematic since Chris Sale returned, a pretty full lineup thanks to Kyle Schwarber, and some excellent clutch luck. They are technically the better team right now, but the Yankees are the one with the momentum, as evidenced by the first two games of the series, and the power hitting that has finally emerged after several weeks of dormancy.

It'd just be nice if it was my Yankees.

Coming Tomorrow- On the other side of New York, a trade acquisition that feels the disappointment he would have felt if he'd just stayed put.