Crappy Team Round Up: Marlins and Rangers 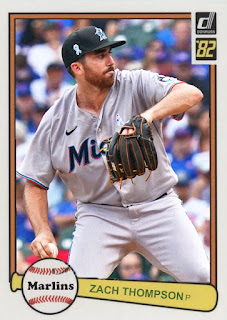 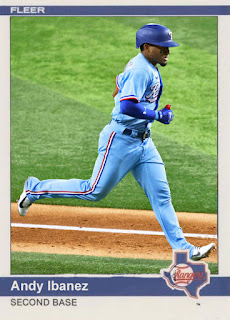 Like I used to, I'm combining two similar bottom-feeder teams into one post, to keep things moving.

The Marlins and Rangers are powering down and relying on a lot of rookie energy to keep them going right now, to varying successes. Neither of these teams are truly terrible, but a lot of them, especially Arlington, have been gutted a bit, and are trying to reclaim enough of the power.

The Marlins lost less, but still some very big pieces. Covering for Starling Marte is Bryan de la Cruz, who's off to an excellent start as a rookie, hitting .330 with 10 RBIs in 31 games. They also have Zach Thompson healthy and dealing, with a 3 ERA in 13 starts, despite less of an emphasis on strikeouts and more on craftiness. Other rotation solutions like Jesus Luzardo and Edward Cabrera have been a little shakier, both with ERAs over 5 in Miami. Luzardo has been struggling to make it happen in the majors for years, and this is another step to his eventual come to fame in a year or so. Cabrera might also be on his way.

I just...imagine this team with a rotation of Sixto Sanchez, Cabrera, Luzardo, Thompson and Trevor Rogers, all of this assuming that Alcantara, Lopez and Hernandez get traded soon enough. If all five of these guys are on at once, that's a strong team. That's a powerful lineup. That'll get them farther than they did in 2020. It just takes cultivating that, keeping the youth movement along, and not losing the sort of stupid power they had last year.

The Rangers are trying some similar tactics. Andy Ibañez has been starting more and more games at second in place of Nick Solak, and he's been doing really well, hitting .260 with 52 hits in 62 games. They've also been trying Yonny Hernandez at third in place of a hurt Brock Holt, and he's doing a decent job. The big story, though, is the combination of Glenn Otto and A.J. Alexy as rookies with scoreless starts, and great additions to the rotation that could definitely pay off given a full season. Dunning, Allard and Arihara are definite for next year, and having Otto and Alexy performing at major league level does give confidence that the rotation could be a lot better next year.

Unlike the Marlins though, the lineup needs more time to fully form. They have Isiah Kiner-Falefa, Adolis Garcia and Nate Lowe, and that's all well and good, but I don't see a piece that the lineup can be built around yet. Maybe Garcia? We have to see if he's for real and not a 2021 thing, but if he is, maybe it's him. Maybe it's Kiner-Falefa. We also just need a ton more people to prove they have staying power at these positions, because the Rangers called up a bunch of people late last season to fill these positions and next to none of them stuck. So they just need to find ones that do.

I predict the Marlins will compete sooner than the Rangers, but both teams could be dangerous if these rotations fall into line.