Wind in our Sale 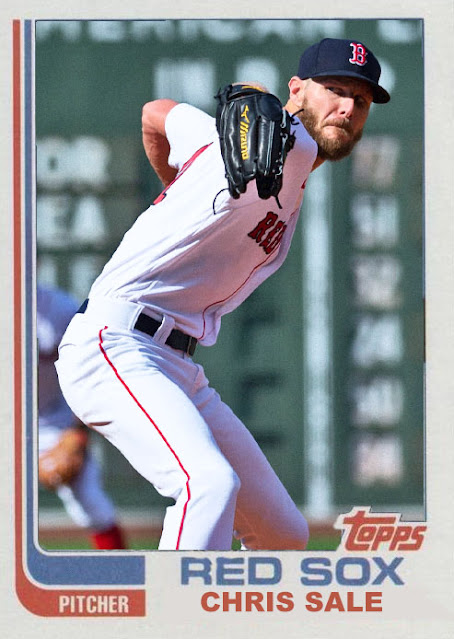 On August 10th, the Red Sox were slowly dropping out of the playoff conversation. The Yankees were leading the wild card conversation, the A's were still holding relatively strong, and the Sox were running out of energy, waiting for Schwarber to come back, losing players to the COVID list, and trying their best to cultivate their insane start to the season. It wasn't looking good, and they needed one last piece to make them into a contender again.

On August 14th, Chris Sale came back from the IL. Since then, he has been in career form, with 5 wins, a 2.57 ERA and 39 Ks in 7 games. It's not that the Red Sox rotation was bad without him, as Eovaldi, Pivetta, Rodriguez and Houck were all doing pretty decent jobs, but it was clear that there was something missing. The Sox rotation thankfully had time to grow and mature since last year's debacle, but without Sale, they were only part of the way there.

Since Sale's return, the Sox have ascended to the top of the wild card race, with a sizable lead over the Yankees, and all other competitors, and a good amount of playoff odds. I'm not saying it's the only correlation/causation, but it's definitely a big reason as to why they're still a contender right now. If Sale had missed the season this team might be worse off.

Because there's still a lot of people on this team who had huge starts and are still kind of petering off since the midpoint. J.D. Martinez is still gonna come out of here with 100 RBIs, but his numbers have fallen off, and he's only got 27 homers, compared to his near-lead at some point. Rafael Devers' high-contact peak has now leveled off at around .275. Pivetta and Rodriguez have bulked to 4 ERAs. Matt Barnes has 6 blown saves, and Adam Ottavino has been having to come in and close a lot more often.

The once-shrouded flaws of this team have been revealed, and this team just has to work with them. I do still think this core of Bogaerts-Devers-Martinez-Verdugo is gonna be tough to match up to for AL opponents, but I also think that two of the three pitching matchups may not go the Sox' way, and the Sox that may show up to October may be the second-half team that's made all those mistakes.

This team has won 7 straight, so maybe they will be a decent playoff contender. But...I still worry. Especially compared to the other teams in the race.

Coming Tomorrow- Perhaps the biggest pitching takeaway from the Phillies this year.