They Call Him Dr. Sticks 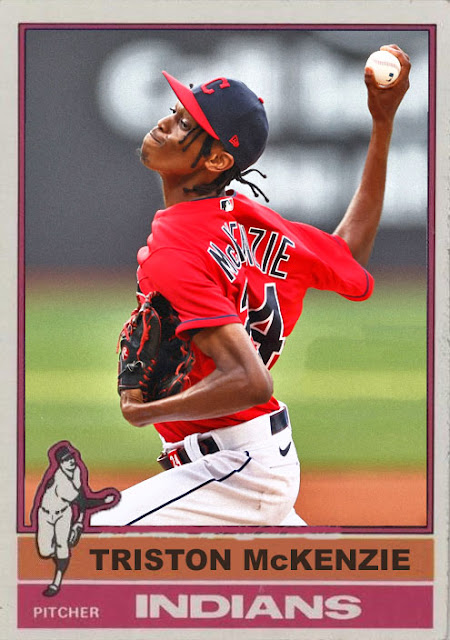 Tonight, Shane Bieber returned from the IL, and immediately got back to his old tricks. He joins the newly returned Aaron Civale, who's also been sharp since being activated.

So...if we were to have Bieber, Civale, Zach Plesac, Cal Quantrill and Triston McKenzie all playing well, and healthy, at the same time...d'you think maybe the Indians would have been a bit more a threat to the White Sox this year? I certainly think so.

I feel like each of these pitchers had their own month to be really good. Bieber took off in April, picking up where last season left off. Civale took off in May, with his very low ERA and high amount of wins. Once he and Bieber got injured, Plesac was the only viable starting option for June. Then Cal Quantrill took off in late July and early August, making the Indians regret not making him a starter from the beginning. And now it's Triston McKenzie, who's had some blistering starts recently, and is getting to the point where his strikeout totals aren't the entirety of his personality.

But the tragedy of the Indians is that when one would get really good, the others would either be injured or inefficient. That also rings true for the lineup, where only Jose Ramirez was consistently good all year [cause that's what he does]. I kinda wish the Indians could have enjoyed strong starts by Franmil Reyes and Josh Naylor all year round, and I wish that Bobby Bradley didn't take as long to heat up as he has. But, this is just a very fragmented, inconsistent team that couldn't pull things together

While it is a good assumption that the inaugural Guardians squad will still be led by Shane Bieber and Jose Ramirez...will some dealing be done to rid the team of the overhead room? I do think that when it comes time to try and lock up Bieber, it may not exactly go according to plan unless the team gets good again. But even if Bieber-Civale-Plesac-Quantrill-McKenzie would be awesome if all of them were on and healthy...could this be the last time all of them are together at once? Is this like the Mets rotation, where they actually align for a brief moment before Harvey craps out and leaves. Will one of them get traded or leave in some capacity in the next few months? Or...could the inaugural Guardians team actually have an awesome rotation.

All that remains is whether or not the lineup will match. And as of right now, it's really not.

Coming Tomorrow- Shortstop for a team that came from nowhere to infuriate the hell out of me again.