A Shining Beacon of Okayness 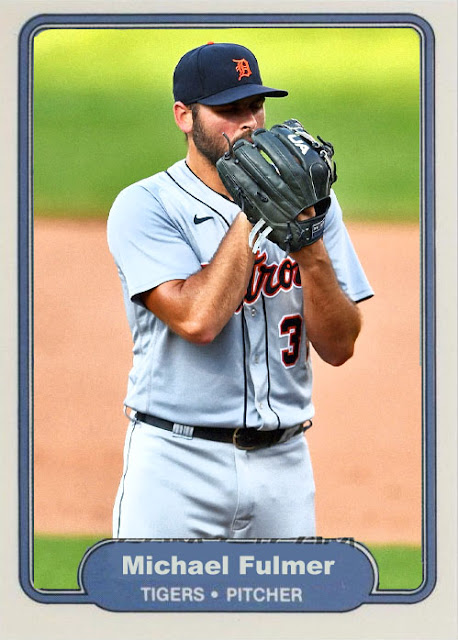 Tougher than you thought, eh?

It's even tougher when you have to think of someone that this farm system has produced that's worked. Fulmer was a Mets prospect, the heroes of this season, like Jeimer Candelario, Jonathan Schoop and Robbie Grossman, are all acquisitions, and even guys like Erik Haase and Akil Baddoo were Rule 5 acquisitions. Right now, Casey Mize and Tarik Skubal are working...but are they really doing enough? Mize has the second-highest WAR of anyone on this team, and yet he's got a 7-8 record, a high 3 ERA, and only 114 strikeouts. These aren't mind-blowing numbers, even if Mize was drafted first overall due to his insane pitching numbers. You have to hope that his high marks are coming soon, because if not, the Tigers just wasted a #1 pick on someone extremely okay. And they have to hope they don't do it twice.

The youth movement that was supposed to take over this lineup is still doing so very slowly. Willi Castro and Harold Castro have been lineup fixtures for the Tigers this year, and neither have done anything substantial. Harold's hitting .281 but has very minuscule stats for 100 games. Willi's batting .211 with a -0.8 WAR. And people like Zack Short, Isaac Paredes and Daz Cameron just aren't doing anything at the major league level. You can't get anywhere if the farm system doesn't produce MLB-ready players, and right now the Tigers are going nowhere.

So what's gonna happen when the rentals expire? Yes, they locked up Schoop, but a few of the temporary pieces of this team are about to leave, and I imagine some of the veterans [Boyd, Fulmer, maybe even Niko Goodrum] could leave during the offseason. What happens when this team has to stand on its own? Will they still be merely okay? Or could they be a 100-game loser yet again?

I guess we're gonna find out next year. Let's see how long it takes the Tigers to have to call up Riley Greene and Spencer Torkelson.

Coming Tomorrow- A shortstop for a team that NEARLY made the playoffs.