Triumph of the Grande Box: The Indians 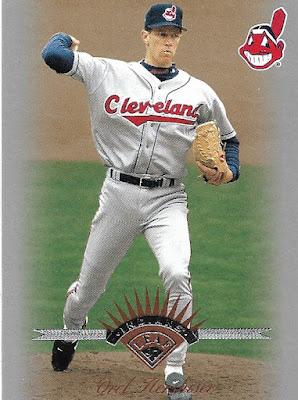 Like with the Diamondbacks, I took an Indians slot in Nachos Grande's Breakers Club because it would accommodate a few players I collect- namely Kenny Lofton and Jim Thome. I also did it because the 90s Indians had a lot of great players and Hall of Famers, so either way I couldn't really go wrong.

When the massive box arrived a few days ago, some of the Indians spoils were scattered in. Including a sole remnant of Orel Hershiser's time in Cleveland, from 1997 Leaf, an underrated late-era Donruss set. 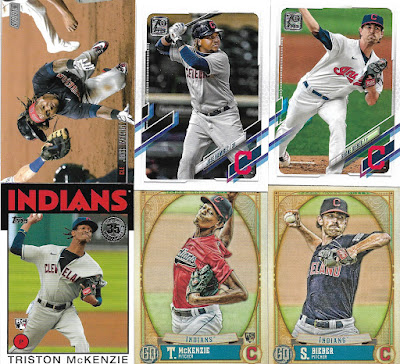 With the current products, there were also some opportunities to get some current Indians, like Jose Ramirez and Shane Bieber. As well as some rookies of current standout Triston McKenzie, including an 86T insert from Series 2. 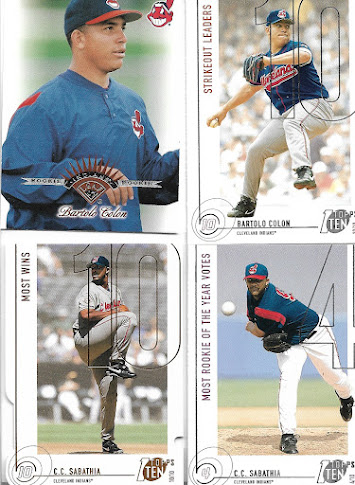 These two turn-of-the-century Cleveland fireballers had some much-needed appearances as well. Any Colon is a good one for my collection, and that 1997 Leaf pseudo-rookie is a cool one. Both CCs from 2002 Topps 10, a very interesting set to say the least, were welcome, and the one on the left is a gold die-cut parallel.

As for the big winners, obviously Omar Vizquel made a few appearances. I forgot how nice 2000 Pacific Aurora was. Kinda underrated, honestly. 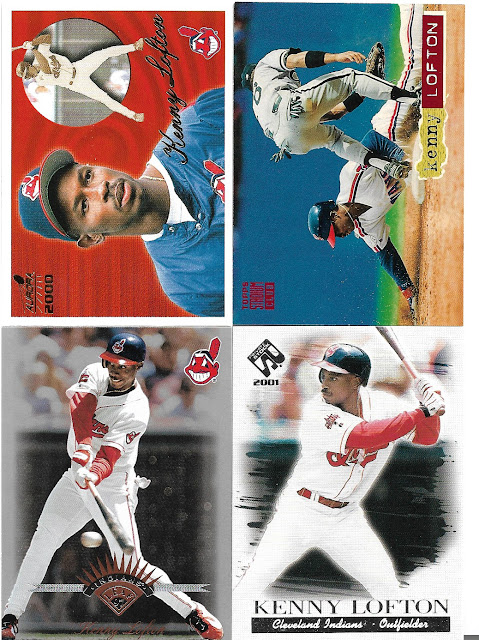 There were also some much-needed Lofton cards, which I'm certainly alright with. Also, 2001 Pacific Private Stock was pretty new to me, and is a pretty nice set. Obviously this was Pacific's answer to something like Topps Gallery and it works. 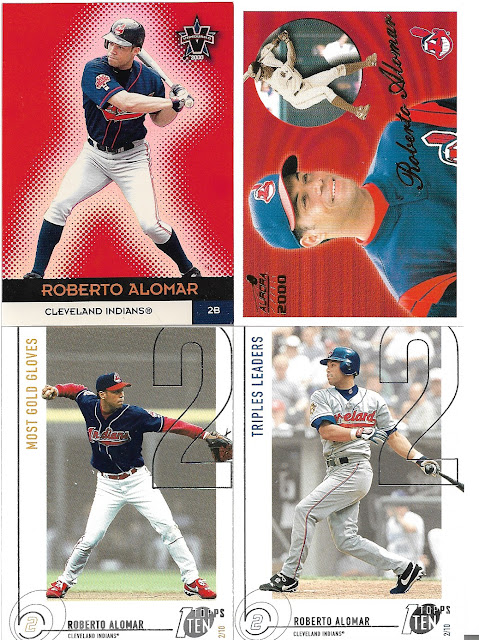 Also a few Roberto Alomar tribe issues there. There was a lot of cool stuff from 2000 Pacific Vanguard in here, a very cool, and thick, set. These breaks are giving me more and more respect for Pacific, honestly. 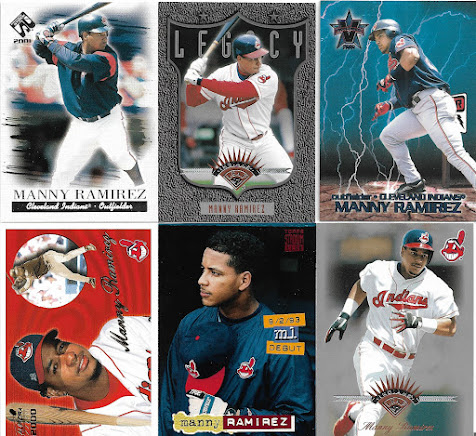 Though slightly maligned by PED rumors, I do collect Manny Ramirez, even though I probably shouldn't. Dude was a dynamic player. Lots of love for him here. That Vanguard High Voltage insert is pretty damn awesome.
But of course...the guy I bought in for did show up... 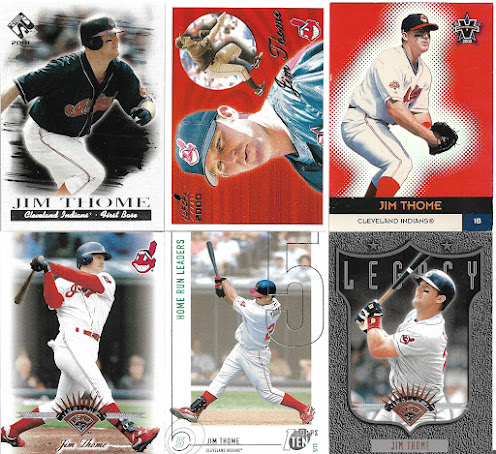 In droves.
I had to cut out a few Thomes to fit the scan, but rest assured that the big man was well represented, and there's a lot of cool ones to add to my collection. 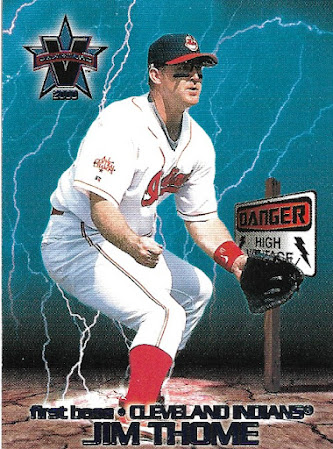 Annnnd one more awesome High Voltage insert for the road. Man, these are awesome.
Tomorrow, I'll show you some of the picks from a team I do follow closely.
Posted by Jordan at 2:05 PM
Labels: group break, Indians, Nachos Grande