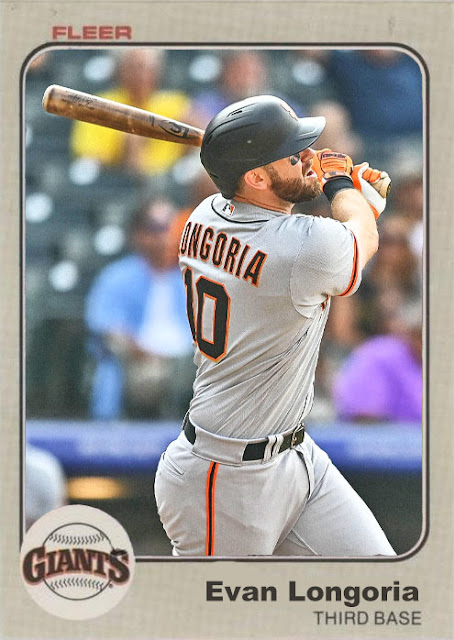 It took him eight years and a team switch, but Evan Longoria is finally getting back to the postseason. However, it's been a full 13 years since a team of his had a series win in the playoffs. Yes, Longo hasn't played in a Championship Series since 2008, his rookie year. And man, looking at that 2008 Rays team now that we have a stronger, better one is...odd. So many odd pieces like Gabe Gross, Cliff Floyd, Eric Hinske and, of course, Chad Bradford. Man, Kevin Cash wouldn't know what to do with them.

Anyway, Evan Longoria's on the best team in baseball now, and that is somehow the San Francisco Giants, who were guaranteed for the playoffs roughly a month ago [I know it was a week but...I mean, come on now]. They will likely be the first team to hit 100 wins, which will be a pretty cool move for a team that hasn't hit that mark since...wait, 2003???? THEY DIDN'T HIT 100 WINS DURING THEIR EARLY-2010S RUNS??? They haven't gotten more than 94 wins since Barry Bonds was still on this damned team? Holy mackerel! Well, thank God for Gabe Kapler I suppose, and thank God he somehow managed to figure it out in San Francisco rather than just...those 2 years in Philly [which makes him the anti-Chip Kelly].

And it's leading to some weird developments. On a team with Brandon Belt, Darin Ruf and Kris Bryant, last night LaMonte Wade Jr. bat cleanup for the Giants. Not the power-hitter the team thought they'd be showcasing at the beginning of this season, but Wade has become a true unsung hero to this ever-changing team. After five months of injury, Tommy La Stella jumped back into the lineup and has been a trusted upgrade at 2nd. Curt Casali is slowly approaching his Reds numbers as backup. And the core of this team is still deadly.

I worry of the propensity for an upset with how large this team has loomed all season, but I also know that they've had excellent luck recently. Whether they play the Dodgers or Cardinals [or someone else for some reason], they're definitely gonna come out guns blazing once the playoffs begin.

Coming Tonight: He was gone, and the team got into the playoff race without him. He's back, and they're not gonna leave it without a fight.